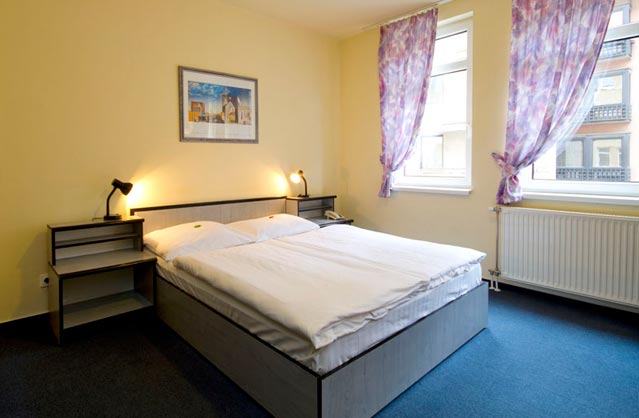 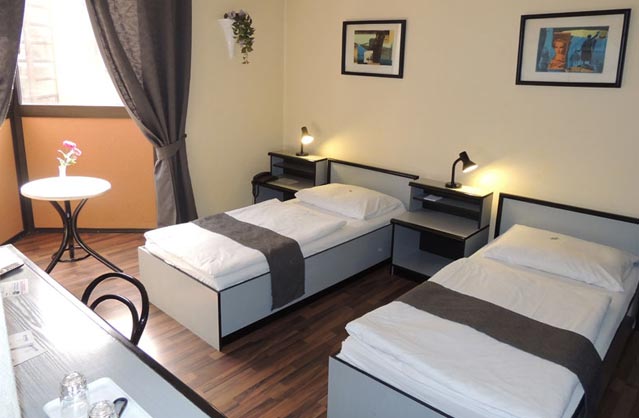 Set in the trendy 9th district this stag hotel is a great starting point for creating your epic weekend in one of Europe's greatest party cities. Just 200 yards from the Grand Boulevard (Budapest's main avenue) you'll be within easy reach of the best of the man-madness Budapest has to offer and this is a city that feels like it was designed to show stags the best weekend possible.

Once all the guys have bagged their rooms and argued over the beds you can hit the town, there's a host of bars and restaurants close to the hotel plus the Corvin-negyed Metro station (Budapest's underground trains) is just a short stroll down the street, then it's a few stops to hit the centre of this incredible city. Anyone who ever said "There ain't no party like an S-Club party" had clearly never been to Budapest (and should have their iPod confiscated) as this city is infamous for legendary nights out and this friendly 3 star hotel will put you close to the best bars and clubs.

The spacious, air-conditioned rooms have a flat screen TV, a safety deposit box and free WiFi which means you can upload all the worst photos of the groom without getting hit by roaming charges on your phone bill. There's also a restaurant and bar, great meeting points to raise a glass or two to the main man before showing him the best night of his life.

While you might feel like 'strangers in a strange land' you don't need to, our friendly female guides can lead you on a Guided Bar Crawl around the amazing 'Ruin' pubs or help to set up some of our amazing Stag Pranks like Mud Wrestling or Stag Arrest. You can see more incredible Budapest Stag Activities here.

Not included but can be added.

£40 or €40 per person cash plus one credit card authorisation.

No smoking permitted in the hotel.