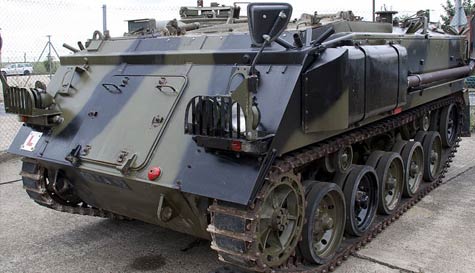 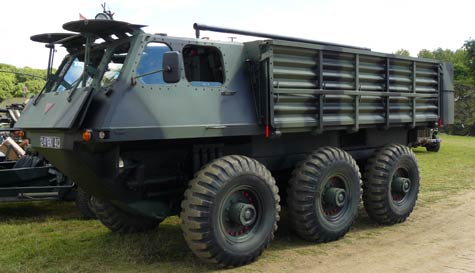 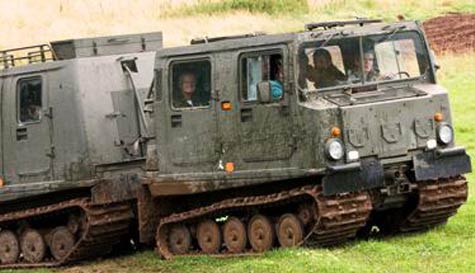 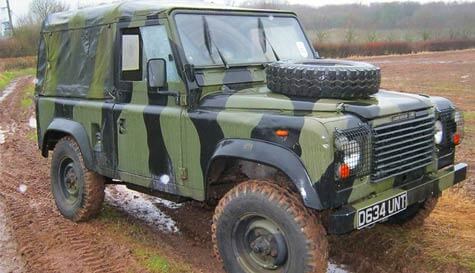 Saturday mornings all year round.

Sturdy footwear, be prepared to get muddy.

All participants must hold a full driving license and be aged 18 years.

You cannot be under the influence of alcohol or drugs.

Ever wondered what life is like in the military? Fancy driving some real heavy metal with the power to crush your mates four-wheeled pride and joy or simply blow it to tiny little magic tree-sized pieces (but not smelling quite so sweet.)

You'll meet the instructors for a safety briefing, warming cup of tea and refreshments before being let loose on the behemoths of modern warfare (well we like to keep things civilised before you take the hot seat of these impressively aggressive machines). It doesn't matter what you may have driven before, even if you've had the pleasure of driving your next-door neighbour's old Nissan Micra, there is nothing that compares to the sheer power of these mechanical monsters.

The real icing on the armour-plated cake is you'll get to watch your fellow stags doing their drive runs so you can laugh at all their mishaps of which there will be plenty.

This robust vehicle weighs is designed to carry troops, weighing in at a mere 15 tons it's powered by an 8 litre Rolls Royce engine.

These are fully tracked vehicles capable of tackling even the most testing terrain. Snowcat & Haglund vehicles are some of the maddest pieces of kit you'll ever drive.

The amphibious Stalwart FV623 all-terrain vehicle is just ever so slightly mad but utterly brilliant to drive. Seriously, you have just got to get one of these, imagine how easy rush hour would be?!?

After all that raw power, you'll now need a little more driving finesse, the monster engines in these military 4x4s can take on most challenges but just how will they fare with a group of slight hungover stags behind the wheel?

Please Note: We work with 1000s of suppliers across the UK & Europe so prices, availability, photos and specifics on our military day activity may vary depending on your preferred location and dates.