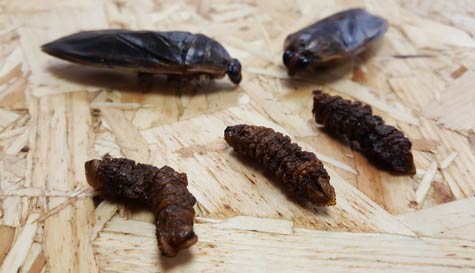 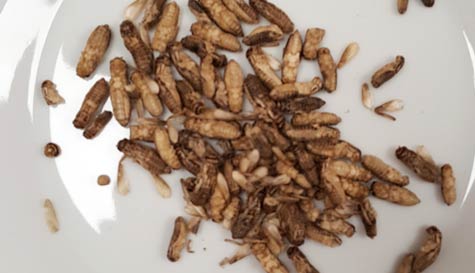 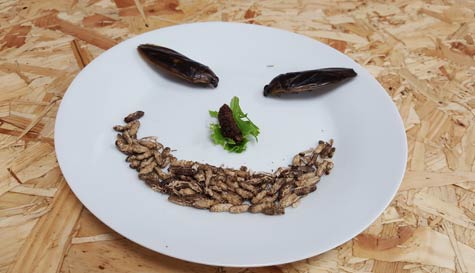 Please note: Insects are not permitted through customs so you can't take our bush tucker trial on an overseas stag weekend.

We work with 1000s of suppliers across the UK & Europe so prices, availability, photos and specifics on our bush tucker trial activity may vary depending on your preferred location and dates.

The most extreme stag challenge ever invented.

Get Ready For Stag Do bush tucker trial...

Low in fat, high in protein and utterly disgusting our stag party bush tucker trial is the ultimate in stag pranks.

But it's not just about the groom. We don't want the rest of the stags standing around getting hungry so you'll receive a large number of bugs for the whole group to chow down on. The last round has only two bugs for a head to head final 'bug off'.

Round One - Chocolate Coated Crickets

Hot and spicy, these things have a kick. Well they did before we fried them.

Low in fat so you can have another beer without worrying about calories.

2 - 3 inches in length, these are bugs that feed on other bugs.

Beer pong... Yawn, that's just so 2015. The world has moved on my friend and you should too by taking the classic beer/pong ratio and slipping in a few gruesome bugs.
The first player (is it 'ponger' or 'pongee'?) bounces the pong toward the cups which are filled with either beer or a bug. Once a cup has been drunk/eaten it's removed from the game until all the beer and bugs are gone.
And make sure you film and upload the groom in action. #BugPong