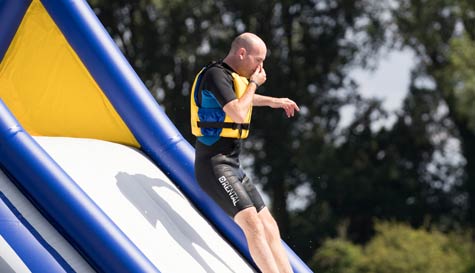 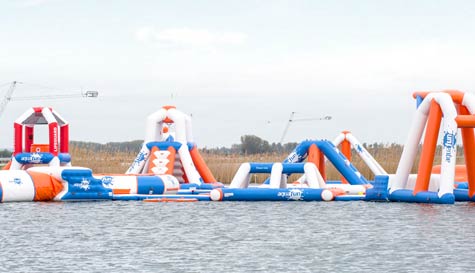 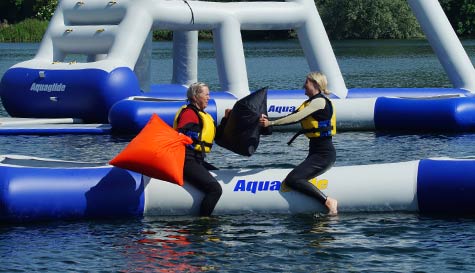 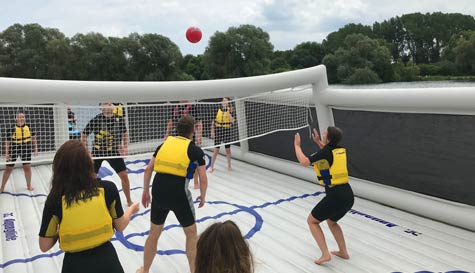 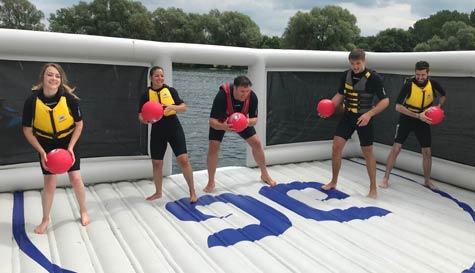 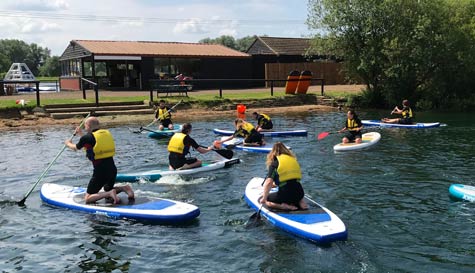 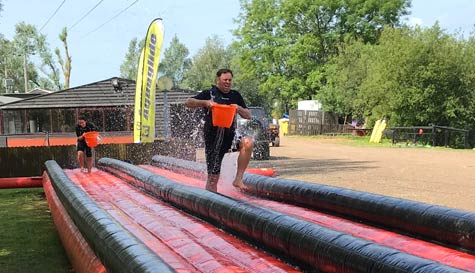 End the night in style with a VIP Party Package. Read more…

We work with 1000s of suppliers across the UK & Europe so prices, availability, photos and specifics on our mega water sports activity may vary depending on your preferred location and dates.

Because growing up is for grown-ups!

Get Ready For mega water sports in Cambridge...

One of the best facts about stag weekends is it gives all the guys a chance to stop being adults for forty-eight hours and just have a laugh, no mortgages, no bosses, no bills to pay, just laughs to be had and drinks to be drunk.

This epic day is perfect for guys who just want to have fun with some friendly stag competition along the way.

You can choose two awesome challenges to get stuck into:

Aqua Park Relay Race
Split into teams and race circuits over the huge course. Kudos to the winners, you can set your own stag penalties for the losers.

Slip'n'Slide Relay Race
Exactly what it says on the tin, we've soaped up the course to make it as difficult as possible for teams to run and swap the baton. First team to get everyone back to their original starting points will be the winners.

Paddleboard Lake Tour
Stand up paddleboards are as cool as folk, in fact, it's very difficult to ride a paddleboard and not look cool. You'll learn the basic skills and then take a tour of the lake.

Paddleboard Capture The Flag
This is all out grabbing your opponents' balls. You must head to their base, steal their balls and take them back to your own stronghold. You can pass the balls between your team but if any of you fall in you must leave the ball where it is. Great fun, ultra-competitive.

Inflatable Water Dodgeball
It's like regular dodgeball but wetter and funnier.

Inflatable Water Volleyball
It's not just the balls that will be bouncing and flying through the air.

Inflatable Water Football
It's coming home! And getting wet and hilariously ridiculous. Game on!

Raft Building
You'll have a pile of seemingly useless odds and ends to work with, but your sharp minds and teamwork will need to design, build and race your self-built rafts.

Water Jousting
Two men from each team will take it in turns to face off and beat their opponent into the water. "You're goin' down!".