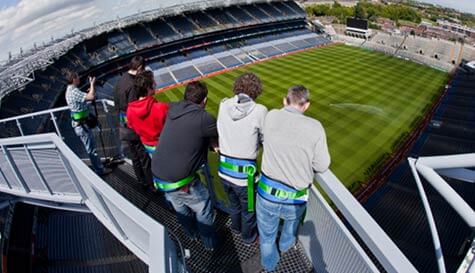 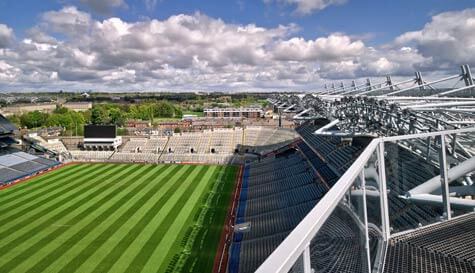 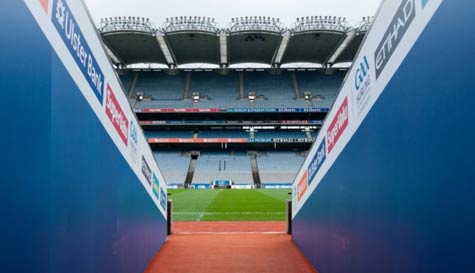 Croke Park has been described as the beating heart of Irish sport and its easy to see why. This iconic stadium is a cathedral dedicated to sports worship and the very best of Irish field sports.

The tour is an access-all-areas behind the scenes look at this national icon. Visitors enjoy a look at the most amazing facilities at the stadium that has been the scene to some outstanding victories and also the occasional curveball, which has broken more than a few Irish hearts while also rousing the nation to song during some of their greatest sporting triumphs.

Primarily the stadium is used to host Gaelic games and the GAA are keen to keep it that way, but as Europe's third-largest stadium with a capacity of over 82,000 it's no wonder many other major sports have looked to make Croke Park home. It has become a regular fixture for 6 Nations rugby fans and the roar of the crowd famously helped Ireland to a victory over England in 2013.

However, it is still during more traditional Gaelic game that the stadium really comes to life, in particular, Gaelic football and hurling, the fastest field sport in the world. Both of these full-on sports are enough to make association football look more than a little bit wimpy.

During the tour you'll have a complete look behind the scenes including the dressing rooms, heading up the player's tunnel, going pitch-side, and the VIP area.

Alternatively, you can head up for the Skyline Tour which takes place in the upper reaches of the stadium, standing a huge 30metres above the pitch and offer spectacular views over the city.

Groups will also get access to the stadium's museum with its complete history of Gaelic games. The superb guide will be informative and humorous throughout the tour, with some amazing insights into the history of Irish sport, the surrounding area and the stadium itself.

This really is an absolute must for Irish sports fans and any lad who like sports on the Dublin stag do.

Please Note: We work with 1000s of suppliers across the UK & Europe so prices, availability, photos and specifics on our croke park stadium tour activity may vary depending on your preferred location and dates.