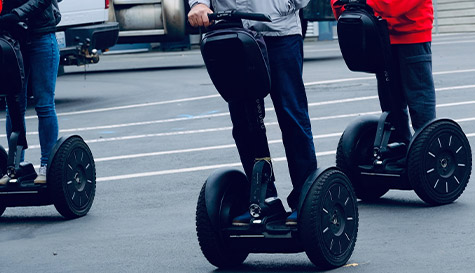 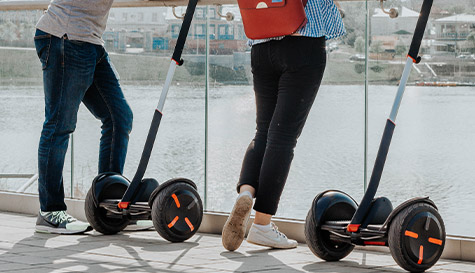 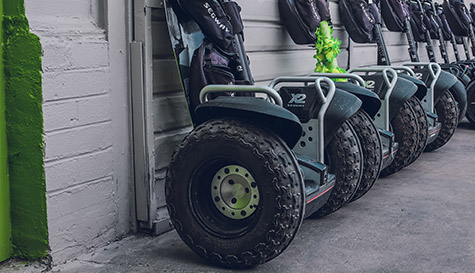 'The capital of the Alps' is no ordinary city, and this is no ordinary weekend! Therefore, this stag do Segway Tour in Innsbruck is a suitably epic way to see one of the coolest places on the planet! Head to the city centre and get ready for some sightseeing stag-style!

This is the perfect introduction to the capital of Austria's western state of Tyrol. Not only will you discover fascinating facts about Innsbruck's historical landmarks, but you'll get to have a go at riding these awesome two-wheeled vehicles that look like something from Star Wars and cover ground like Usain Bolt!

You'll meet your city guides at Landestheatre where they'll introduce you to your personal transport machines and teach you how to master the art of driving the segway. They're surprisingly easy to get the hang of! In the words of DJ Casper, slide to the left to go left, slide to the right to go right, and lean forwards to get going (just don't criss-cross, whatever you do!). If you want to go faster, lean further forwards, and to slow down/stop, lean backwards. Soon you'll be zipping around the city streets like lean, mean, sight-seeing machines!

The city guides will take you to some important sights including:

Imperial architecture, futuristic stations, the Alps looming over the city, there is so much to explore in this beautiful city and so little time! That's why this Segway Tour is ideal. You can cover so much ground in just two hours, all the while trying out a unique, hilarious and downright awesome mode of transport that's a pretty epic stag do activity in and of itself. (It's also a great chance to scout out any good lookin' watering holes you may want to revisit later that night!).

Please Note: We work with 1000s of suppliers across the UK & Europe so prices, availability, photos and specifics on our segway tour activity may vary depending on your preferred location and dates.