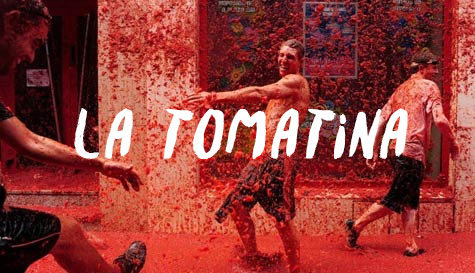 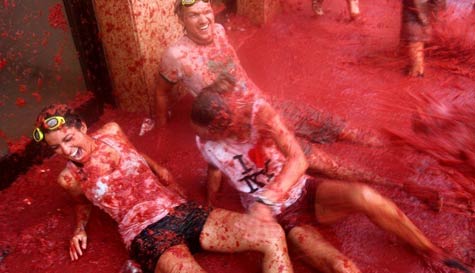 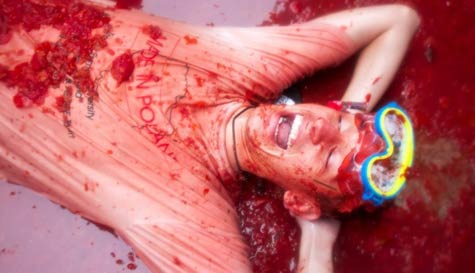 Wear old clothes (or borrow some of the groom's bad clothes) as they will get up ruined.

More About Stag Do La Tomatina

La Tomatina is the most famous and most awesome food fight on the planet. If you've seen Bugsy Malone, La Tomatina is like the end fight scene but instead of marshmallows its tomatoes. And instead of kids, it's adults doing the throwing. And showing in Spanish. So really it's nothing like Bugsy Malone. It's awesome!

If going to La Tomatina isn't on your bucket list then you're not doing it right. It's carnage. Complete and utter, publicly sponsored, socially acceptable carnage and you can be right in the thick of it. But just in case you've been living in a cave, on Mars and don't know what the event entails here's all you need to know...

The most important thing to know is that it is every bit as awesome as it sounds. We'll arrange transport from Valencia to the town of Bunol where the action happens. You'll be given event T-shirts (it's traditional to wear white or red for the battle) and wristbands. It's then one giant ketchup flavoured fight club.

Our top tips are:

We work with 1000s of suppliers across the UK & Europe so prices, availability, photos and specifics on our La Tomatina activity may vary depending on your preferred location and dates.

"You couldn't hit a cow's arse with a bottle of ketchup!"