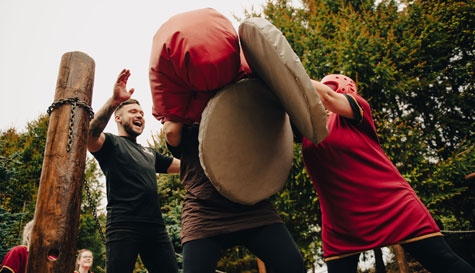 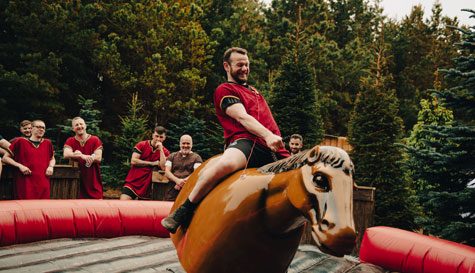 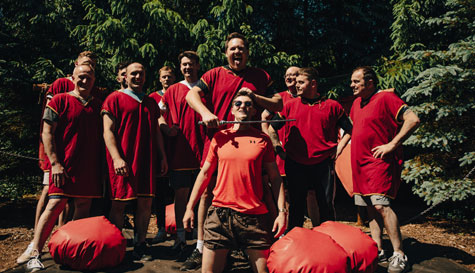 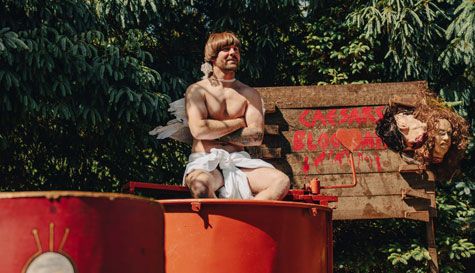 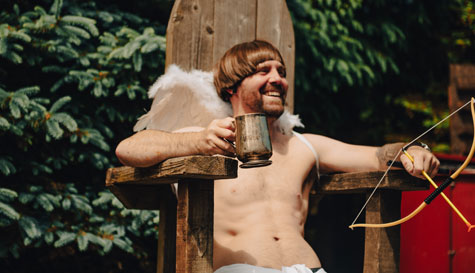 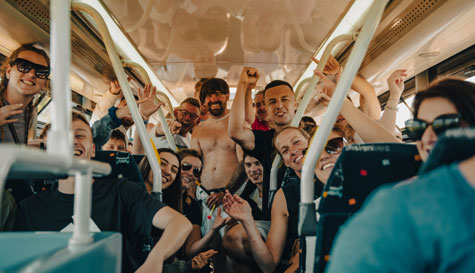 "Are you not entertained?"

You don't want your Liverpool weekend to be one big snooze-fest, do you?

Well then, you better make sure you add some hilarious (and slightly chaotic) activities into the mix.

And they don't get much more manic than the colossal Gladiator Games.

Kitted out in your very own togas, you and the boys will split into teams and do battle.

There'll be eight chaotic games to take on and conquer as you attempt to separate the plebs from the Roman Gods.

As well as the fierce sporting contests, there'll be a bar on-site to ensure you're well-hydrated, plus tunes blaring out to keep the party atmosphere going.

You'll also get transfers to and from the event included. On the way there, you'll take part in a gladiator quiz. Whilst, on the way back, there will be music and karaoke to prepare you for that big night out.

Roman Wrestling - In Roman times, competitors would cover themselves in oil and wrestle virtually naked. But no one wants to see you lot do that, so instead you'll put on giant inflatable gladiator suits and enter the fighting pit. Last man standing is the winner.

Bash - Gladiators sit astride a balance beam armed with giant grain sacks to knock seven shades of Pluto out of each other. The first man to knock their opponent off the beam is the winner.

Blindfold Boxing - Not being able to see might ordinarily make it harder to hit your opponent, so we've given you both HUGE boxing gloves to compensate.

Tug of War - A classic team event where technique and timing can achieve far more than brute strength. Although, having a few fat lads on your team could also help.

Dung Manager - It's a valuable Roman fuel, so whichever team can collect the most poo will be lavishly rewarded with points.

Please Note: Events may change due to weather, numbers or suitability.

Please Note: We work with 1000s of suppliers across the UK & Europe so prices, availability, photos and specifics on our gladiator games activity may vary depending on your preferred location and dates.