Visit the 'Home of Football' 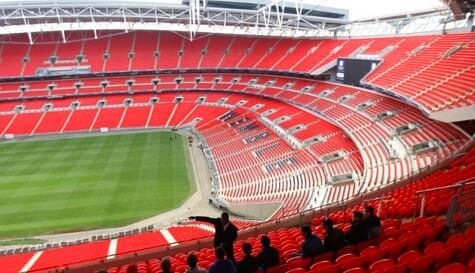 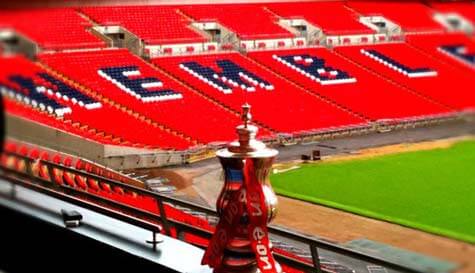 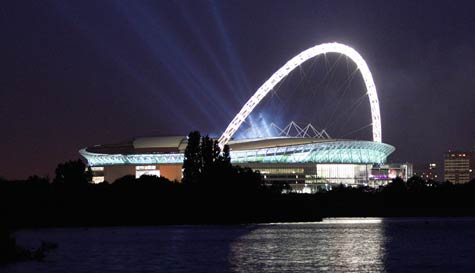 Get Ready For official stadium tour in London...

Wembley is perhaps the most iconic football stadium in the world. It's considered to be the 'home of football' and has played host to some incredible matches over the decades: FA Cup finals, Champions League finals, Johnstone Paint finals and, of course, there was a little kick about in 1966 that occasionally gets a mention.

On this awesome London stag do Wembley Stadium Tour, you'll go behind the scenes with access to England's changing rooms, walk in the footsteps of legends through the players' tunnel and give a defiant speech from the manager's seat in the press room. You'll even be able to stand triumphantly in front of the Royal Box with the FA Cup*.

While you're waiting for your Sunday League talents to get spotted and the inevitable call up to the England squad (it's bound to happen sooner or later), this is the best way to get a real taste of Wembley glory.

You'll also get the chance to visit 'The FA150 Exhibition' which celebrates the history of the Football Association, football's original governing body. See the original 1863 Rules of Association, 1948 London Olympic flag and Jules Rimet Trophy (the one that Bobby Moore lifted on the greatest day in English football).

If the groom and the boys are mad on their footy, a tour of one of the greatest stadiums in the world is a must to tick off their football bucket lists. Plus, depending on who you all support, it might be the only opportunity you get to visit the national stadium… [insert your own club-related jokes here].

*Replica representation of The FA Cup. Tour and Route subject to availability, alteration and cancellation.