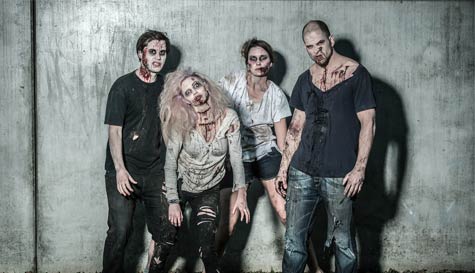 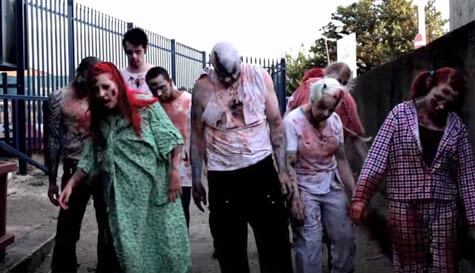 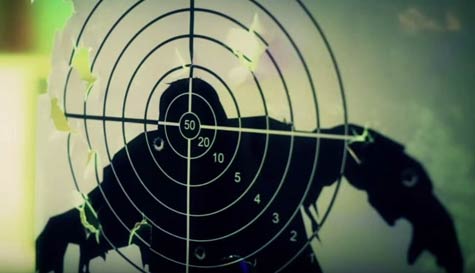 If Hollywood is to be believed (and surely Tinsel Town would never mess with the facts) then it's just a matter of time before mankind is threatened by a zombie invasion. Our epic London stag party zombie boot camp will see you and your mates become the last line of defence to ensure survival of the human race.... No pressure then!
(just try and turn up sober please, we'd hate to get overrun before England manage to finally win another World Cup).

This is full-on, undead ass-kicking action that will see you handle a minimum of three different types of weapons and get up close and personal with a horrific horde of undead critters, some of them were once traffic wardens, so yes, these guys are truly evil!

The live-action gameplay takes place in a decommissioned nuclear shelter and features actors in heavy SFX make-up in what is one of the UK's most realistic and utterly terrifying zombie experience. The truly eerie setting, atmosphere and screams of the undead (and their victims) a nerve-shredding stag activity from beginning to end that really will put your Calvin Kleins to the test.

The top-secret facility has been leading zombie research for over a decade. Having entered you'll begin with training, to turn your bunch of slightly hungover stags into a hard drilled special forces unit, whose speciality will be liquidating zombies. You'll need to face up to your biggest fears as well as the dribbling, shaking, limb dragging, half-dead zombies... which for some of you won't be dissimilar to heading out with your Sunday league team after a big night out. But for the rest of you will be utterly petrifying.

Our London stag do zombie training experience really isn't for everyone. You will need to have strong nerves, be physically fit and not afraid of watching one of the stags get ripped limb from limb by a bunch of flesh munching, brain-sucking, undead fiends (although you can probably afford to lose the odd stag party member for the sake of mankind?).

The gameplay consists of airsoft, paintball and laser tag games as well as a challenging assault course all set in the former nuclear bunker, and who knows... Maybe some of you will make it out alive?!?

Please Note: We work with 1000s of suppliers across the UK & Europe so prices, availability, photos and specifics on our zombie boot camp activity may vary depending on your preferred location and dates.