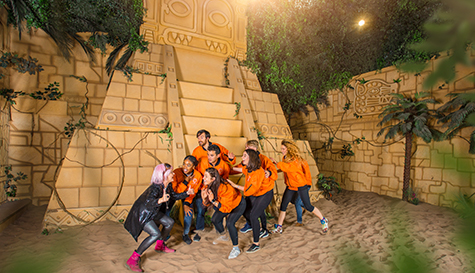 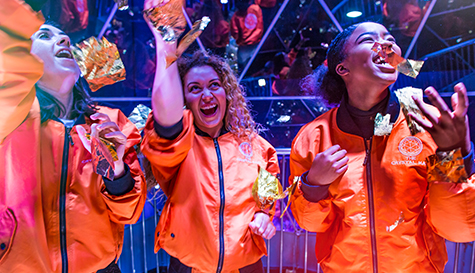 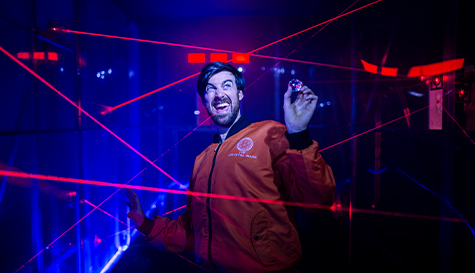 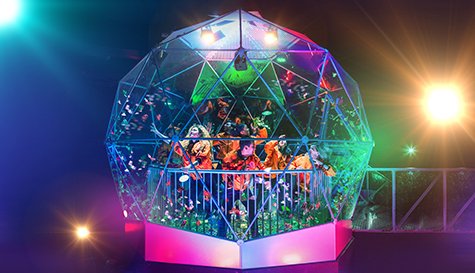 The Crystal Maze in Manchester

Back by popular demand, the Crystal Maze has had a reboot and it's bigger and crazier than ever! Inspired by the hit '90s TV show, you and the boys can finally live out that childhood dream and take on the Maze in this hectic stag adventure. Our Manchester stag party Crystal Maze will push your mental and physical skills to their limits as you attempt to conquer the challenges regardless of hangover or clear heads.

Yes, gents, after years of shouting at your TV screens through a mouthful of Pringles saying: "I could do better than this muppet!" Now is your chance to prove it once and for all. On arrival, you'll meet your zany Maze Master who'll lead you through the four classic adventure zones - Aztec, Medieval, Futuristic and Industrial as you go crystal collecting.

If you're unfamiliar with the format, firstly, we feel sorry for you because you missed out on some outrageously entertaining TV, but, essentially, you take on a variety of mental and physical challenges in order to collect crystals. Each crystal buys you valuable extra seconds in the Crystal Dome. The Dome takes no prisoners and you'll have to work as a team to catch tokens in order to defeat the Maze.

Glory awaits the victors and may even inspire you to apply to go on the show for real, whilst, for the losers, you'll never be able to criticise anyone on a game show ever again because you'll know for certain that it is harder than it looks.

Win or lose, you won't go home empty-handed. Each stag will receive their own crystal as a little memento plus the groom will get his own large commemorative crystal to place proudly on the mantlepiece in his new marital home (though his other half may swiftly remove it again). He'll also get the choice of some Crystal Maze cufflinks, which he could wear on the big day, or a T-shirt.

Erratic hilarity from beginning to end, do you and your stag squad have what it takes to conquer the Maze? Well, there's only one way to find out…! Book today and create an epic Manchester stag do!

the crystal maze Stag Do Legends

Please Note: We work with 1000s of suppliers across the UK & Europe so prices, availability, photos and specifics on our the crystal maze activity may vary depending on your preferred location and dates.