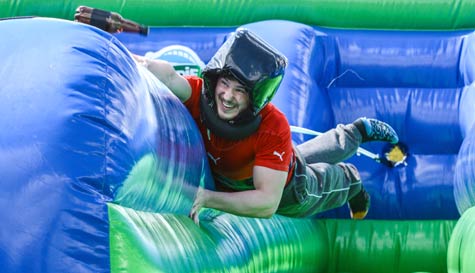 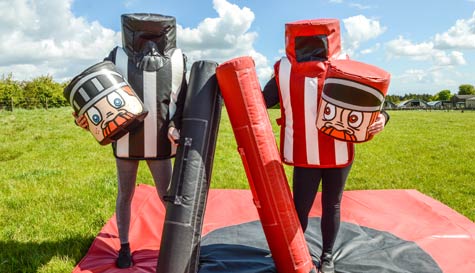 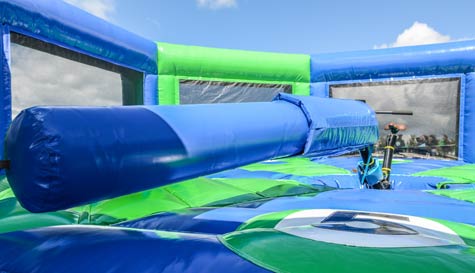 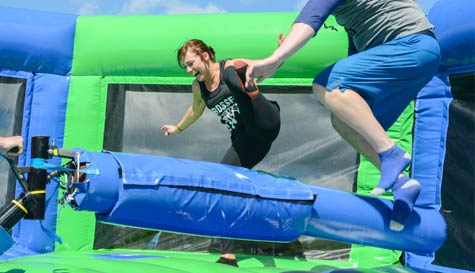 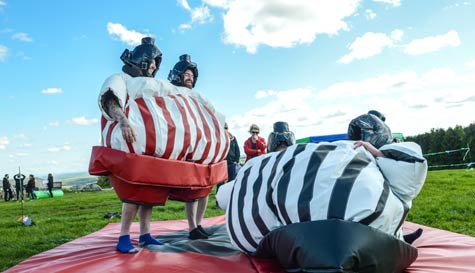 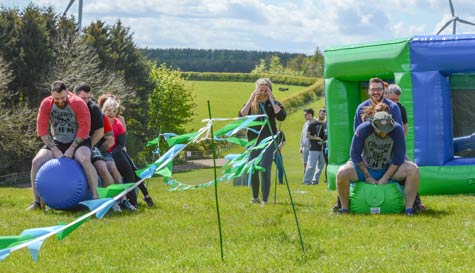 Celebrate victory on a night out with our Sexy Pub Crawl Babes. Read more...

We work with 1000s of suppliers across the UK & Europe so prices, availability, photos and specifics on our geordie games activity may vary depending on your preferred location and dates.

The craziest sporting event since Gazza challenged Cheryl Cole to a game of naked ping pong.

Get Ready For geordie games in Newcastle...

"Alreet there canny lad, things wor about to get a bit edgy as youse and the lads compete in tha purely belter Geordie Games."

For those of you that don't speak pure Geordie, the games are an epic team event where you and the guys will battle it out in a series of hilarious events that in terms of sporting pedigree have less in common with Alan Shearer and Steve Cram and perhaps more in common with Greggs.

Typical events may include:

Geordie Ale Run
Race to the end of the run to fetch a bottle of 'proper' ale. The only problem is the huge bungee rope trying to pull you back. Who'll get to the bottle first?

Kebab Shop Duel
Oh no, it looks like there's not enough 'babs' to go around and it's all kicking off. You'll go head to head in a game to literally knock each other's heads off.

On Ya Bike
A huge, rotating sweeper arm is controlled by pedal power. While one stag pedals, the rest of the stags must jump over it or get flattened.

Siamese Sumo
Imagine a giant tandem sumo wrestling match where you and a mate are joined together in a giant suit, taking on another Siamese duo. How funny does that look? Wanna find out?

Geordie Sausages
This is all about teamwork. And sausages. You and the guys will climb aboard giant inflatable bangers and race against other teams.

P**sed & Toss
How good are your sporting skills when you're had one too many? Game on!

So put those hangovers to one side and your pies down. It's time to show you are true sporting legends on a Newcastle stag do.