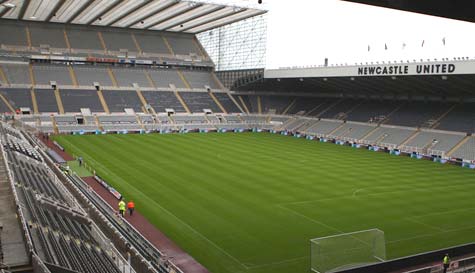 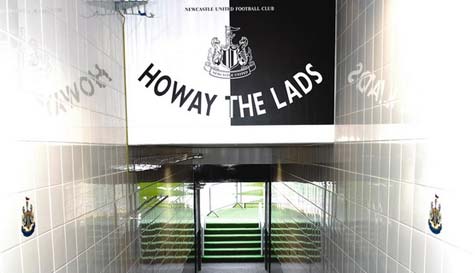 Newcastle United: bastion of English football, supported by the mighty toon army - some of the finest fans in the world! As one of the best-loved teams in the north, they are renowned as a club that has followers with overwhelming passion, devotion and fervour.

50,000 seater St James' Park is home to the Magpies and despite failed attempts to change its name it continues to be the focus of much of the city's passions. It doesn't matter which team your group of footy-mad stags cheer on come Saturday afternoon, the stadium tour is still a really fascinating look behind the scenes of a historic footballing city and a club with a rich and cherished footballing pedigree.

Accompanied by a knowledgeable guide, your group will be taken round all the principal parts of the ground including the dressing rooms where managers like Sir Bobby Robson have delivered crucial half-time talks. See the press' battleground in the modern media suite, the pitch-side dugouts and a trip to the highest point of the stadium for a unique look at the ground.

On a Newcastle stag party, a St. James Park tour is possibly the perfect way to spend the afternoon. With English football legends like Alan Shearer, Andy Cole, Michael Owen and Paul Gascoigne having graced the Toon turf, this stadium is well worth exploring on your 'geet belta' of a weekend.