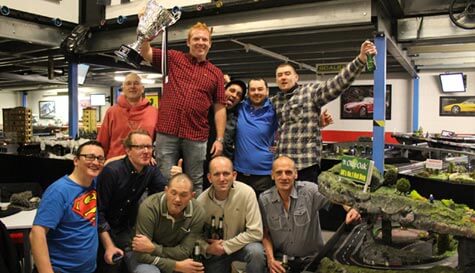 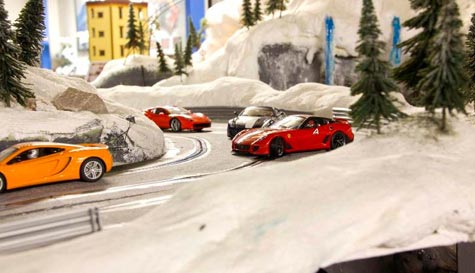 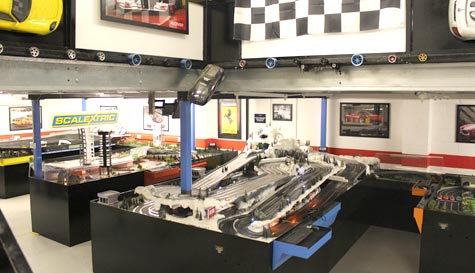 You've done the driving, now do the drinking at a hilarious to the Bierkeller. Read more...

More About Stag Do scalextric

If you're looking to add some nostalgic laughs to the weekend and take the groom back to his youth, then Scalextric is definitely the way to go (and if you squeeze the trigger you go faster!). It's also a great competitive challenge all the stags can get stuck into regardless of age. You can test your driving and teamwork skills, and with state-of-the-art equipment, you'll take on the boys and battle to reach the finish line.

This great top Manchester venue has a total of seven tracks: one 119ft pro track, four massive themed Scalextric tracks ranging from four to six lanes and two Scalextric digital tracks. All of the tracks are themed and crammed full of details that you would have swapped your little sister for in a heartbeat when you were kids. There's even a vintage O gauge train that runs through two of the tracks.

The tracks are built with some nice touches such as a Formula One starting grid, false start detection, digitally recorded track placings, recorded speed, lap counting and fuel management. They all vary in complexity in order to test your skills and crown a stag champion at the end.

Definitely not your average stag do, our Scalextric challenge marks the groom and his stags out as guys who love retro, are proud to be different and think differently to the usual stag crowd. But enough of the nice stuff, it's time to get racing!

Over the years Scalextric have produced a number of themed cars and sets including:

We work with 1000s of suppliers across the UK & Europe so prices, availability, photos and specifics on our scalextric activity may vary depending on your preferred location and dates.

Race wheel to wheel on seven unique tracks in your very own
Scalextric Grand Prix!