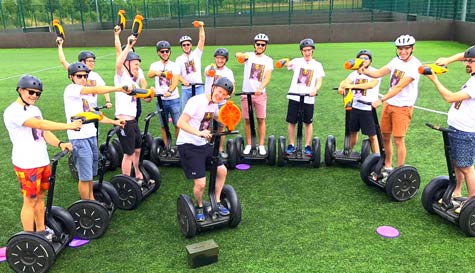 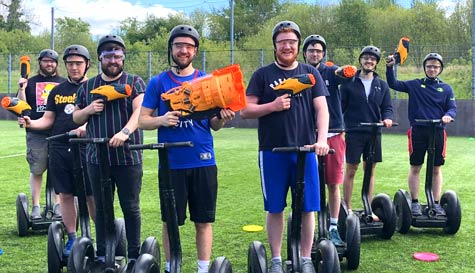 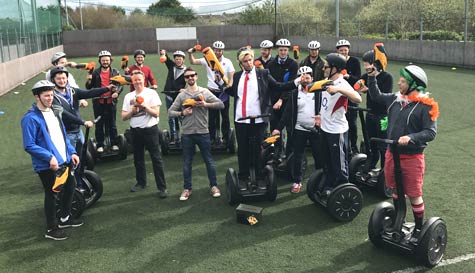 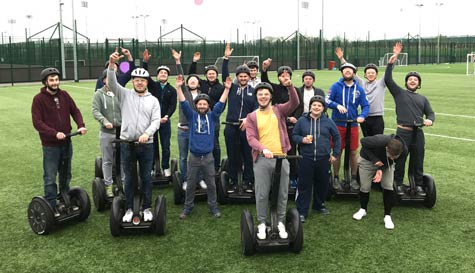 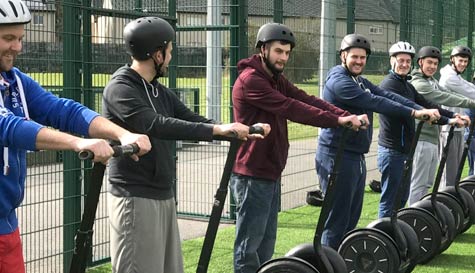 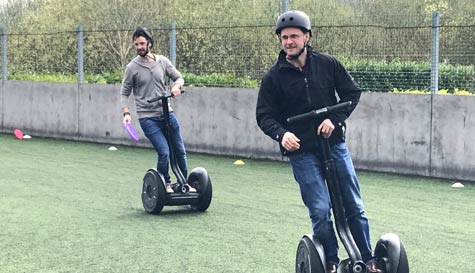 More About Stag Do segway polo and games

Polo has always been slightly elitist! Unless you have a stable of fine horses bred and trained and a spare few hundred thousand quid to fly them all over the world for matches, then it's unlikely you'll have played this posh boys sport. Well, all that has changed...

Welcome to the world of Segway Polo. You'll mount up on your two-wheeled beasts and take part in the maddest riding sport ever! The rules are much like the traditional polo, except there's not a stallion, Argentinean millionaire or European prince in sight. Just a group of warrior-like (and slightly hungover) stags, ready to do battle.

Once you've got to grips with steering and stopping the Segways, you'll practise fast manoeuvres during a game of Segway Frisbee. Having managed to keep (most of) the stags upright, you'll then go on to some of the trickier sports and events.

Segway Polo - Like the posh version, but better and you don't have to shovel up any horse shhh afterwards.

Segway Nerf-Gun Battle - It's just like Call of Duty but completely different. Each stag is armed with a Nerf-gun and ammo as you fire off all your modern-life aggression in a fight to the death/pub.

Segway Water Blaster Warfare - OK, so it's pretty much a foregone conclusion that the blushing-bride-groom is about to get very wet. But after he's soaked to the skin, there is a hilarious war to be waged by trigger happy stags.

This is a full-on day of sporting competition where only the strongest will emerge victorious!!! Unless the other teams just get really lucky, in which case it's anyone's game.

Throughout your epic battles, there'll be a load of complimentary tea, coffee and snacks on offer, plus you and the boys will get to toast the groom at the end of the session with a free shot, beer or prosecco! So what are you waiting for, get booking and let the battles commence!

"The instructor was incredible, such a funny guy that made the event even better. Top class activity that everyone enjoyed"

We work with 1000s of suppliers across the UK & Europe so prices, availability, photos and specifics on our segway polo and games activity may vary depending on your preferred location and dates.

A stag party fight to the death (pub).