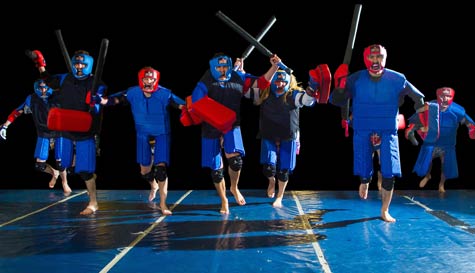 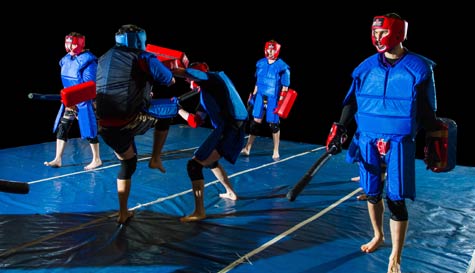 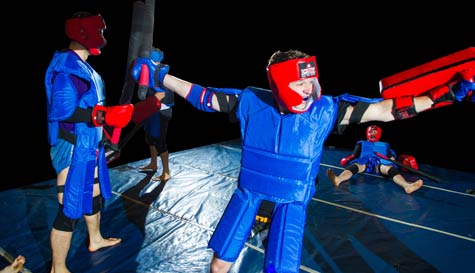 There are just so many reasons why you need to get trained in stag party medieval combat:

During this amazing (and often hilarious) session you'll learn everything you could need to know to wade into a melee and live to tell the tale.

You'll begin with warm-up for the groom and all his stags (we don't want mummy's little soldier pulling a hammy). You'll then get kitted up with full-body armour and head guards. Then it's time to kick ass!

You'll be taught classic sword-fighting techniques both with a blade and also using a shield for defence.

You'll then be split into teams before commencing a battle to find the toughest stags and most adept swordsmen.

At the end of the session, the groom can be strapped into full metal armour and fight one of his groomsmen with steel swords. This additional element will cost extra.

Please Note: We work with 1000s of suppliers across the UK & Europe so prices, availability, photos and specifics on our medieval combat training activity may vary depending on your preferred location and dates.