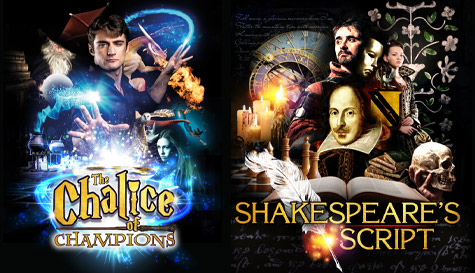 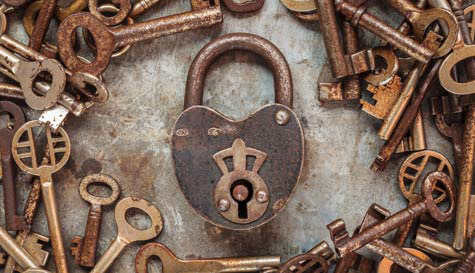 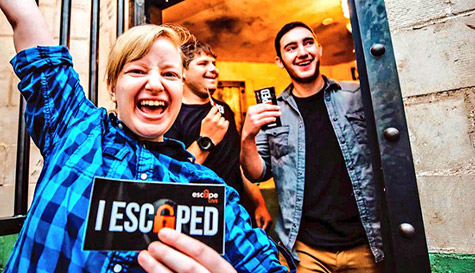 After all the excitement, a relaxing dinner cruise might be just what the stag doctor ordered! Read more…

More About Stag Do escape game

This Stratford-upon-Avon stag party Escape Game is like a crazy mashup of The Cube, Crystal Maze and Sherlock Holmes and it's all sorts of epic. Yes, gents, it's time for the groom to put his detective skills to the test and leave all that boring wedding talk at the door!

But the main man cannot save the day alone, he'll be relying on his noble stags to help him crack the case and return to safety in just sixty minutes… Do you have what it takes to piece together the clues and break free? We ruddy well hope so, there's a wedding to attend!

On the day, you'll have the choice between two rooms and as soon as the door bolts behind you, it's a race against the clock in order to escape. There's no time to be faffing or moaning about any lingering hangovers, you've got to get cracking. Even the coolest of stags can crack under the pressure of these awesome escape games!

The Chalice of Champions

An ancient relic has been discovered, and we've been searching stag-kind to find the men who are capable of breaking its evil curse. This awesome room is filled with bewitching surprises at every twist and turn. You may be entering a realm of magic and monsters, but do not be fooled, your wands and spells won't save you now…you'll be relying on your logic, imagination and sharp brains! So put your heads together, solve the mysteries, work like wizards, and save yourselves and stag-kind, before it's too late.

The Immortal Band hast promised King James a play for his birthday, but alas, the script cannot be found! The King is livid and has sent the beloved poet and writer, William Shakespeare, to his death. Are thine stags light of brain? Doth thou haveth what it takes to defeat the executor save thyself and Shakespeare from the fatal axe?

We work with 1000s of suppliers across the UK & Europe so prices, availability, photos and specifics on our escape game activity may vary depending on your preferred location and dates.