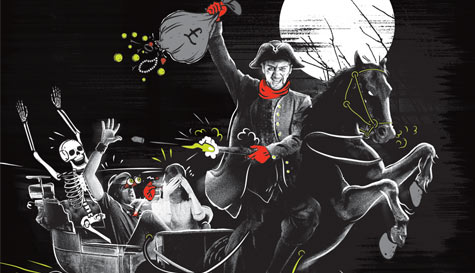 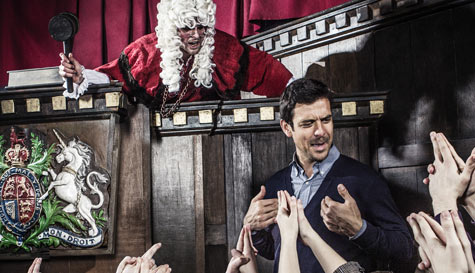 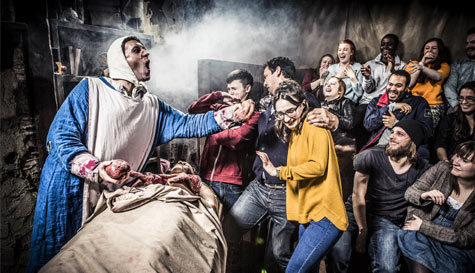 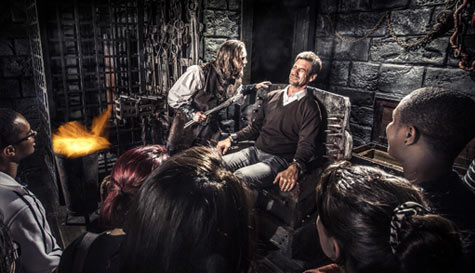 Our York dungeon stag party tour is the perfect way to give the groom a suitably uncomfortable 75 minutes where he will become the star attraction and butt of some suitably gruesome jokes and treatment.

All done in the best possible tradition of stag party humour we'll put the main man centre stage during the live-action tour featuring a cast of horrific and hilarious actors covering 2,000 years of bloodthirsty history.

Torture, beheading, burning at the stake, last orders at the bar... All kinds of foul horrors await, led by a live cast of brilliantly inventive actors who'll interact with the stags.

You can add drinks and a 2 or 3-course meal as part of your package (extra fees will apply). Tours can take place during the day or exclusive evening tours where just the members of your group will be shown the true horrors of York, and no, we don't just mean the Dog and Duck at closing time.
You'll also be given queue jump entry and a drinks package with a bottle of Smirnoff and two bottles of prosecco at one of the city's hottest clubs as part of your York Dungeon stag party tour.

This is a fantastic and riotously funny tour full of ad-libs and interaction which will have the groom begging for mercy!

Please Note: We work with 1000s of suppliers across the UK & Europe so prices, availability, photos and specifics on our dungeon tour activity may vary depending on your preferred location and dates.