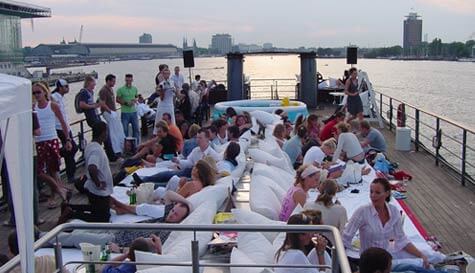 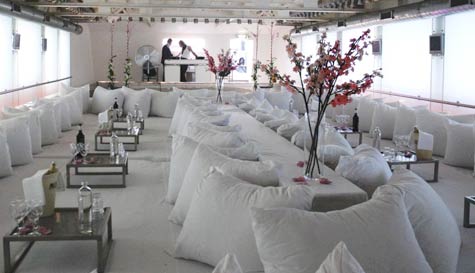 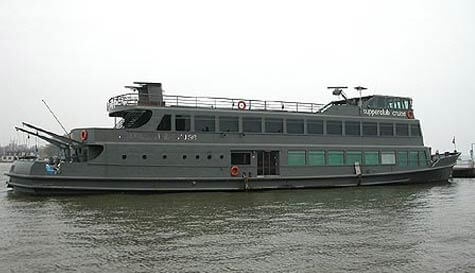 When it comes to partying nobody does it quite like the Dutch, mad, bad, hilarious to know they throw one hell of a good night out, and with our Amsterdam stag party lounge cruise, you can eat drink and be merry without going overboard (see what we did there?).

You'll be greeted at the gangway and shown to your lounge area where you can totally chill out as the boat sets sail. Once underway the stags will be well fed and watered with a fantastic five-course meal. Even after a day of full-on stag activities there's plenty of great food to make sure none of the lads go hungry.

The lounge area itself has a really opulent feel and the cutting edge, award-winning interior is like no boat you'll have seen before, in fact it feels more like a trendy Manhattan nightclub than a river cruise and it's somewhere Amsterdam's beautiful people come to let their hair down.

The live entertainment varies depending on dates but might include pole dancers, burlesque performers, jazz-funk bands, cabaret or tribute acts. Once the party's started it doesn't slow down in a hurry, although the ship will dock at 11 pm (when some will move on to clubs while other party people join the ship) the party keeps rocking until 1 am as the DJ plays some top tunes and the stags throw some (hilarious?) shapes.

Please Note: We work with 1000s of suppliers across the UK & Europe so prices, availability, photos and specifics on our party cruise activity may vary depending on your preferred location and dates.