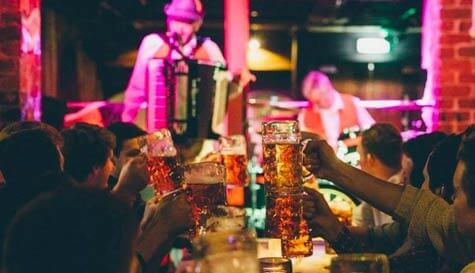 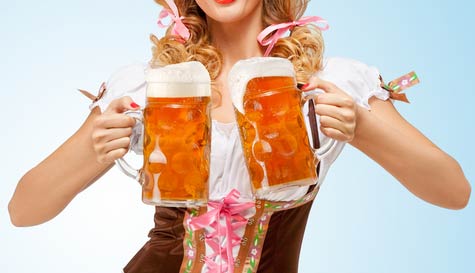 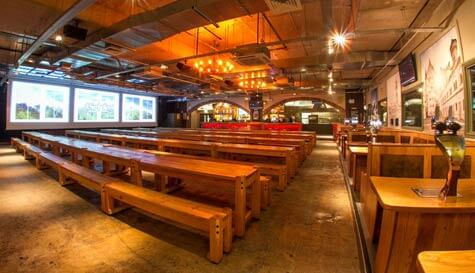 We work with 1000s of suppliers across the UK & Europe so prices, availability, photos and specifics on our bierkeller entry activity may vary depending on your preferred location and dates.

Get Ready For bierkeller entry in Manchester

If you're looking for a totally unique drinking experience, then look no further than this stag do Bierkeller VIP Entry in Manchester! You and the boys will experience a taste of Germany right here in the heart of one of the UK's top party cities!

Head to the venue and sample a beer-laden taste of Oktoberfest in this awesome four-bars-in-one complex, which showcases the finest selection of German draught beers about. Each stag will enjoy a large, refreshing brew served in suitably large glasses, otherwise known as a stein (that's two pints in one glass!).

And if huge, stag-sized mugs of Germany's finest export isn't enough to excite a stag, they'll be served by insanely hot waiting staff in traditional Bavarian clothing, so 'prost' to that! You'll also find a big tasty bowl of pretzels for everyone to tuck into, as beer and pretzels are a marriage made in heaven!

When the boys are suitably refreshed and well-watered, the fun doesn't stop there. You'll enjoy some hilarious live entertainment, where audience participation is non-negotiable, (so don't say we didn't warn you!). Live music will play until midnight, and then the resident DJ will take over and spin some top party tunes until 2 am, so you can let loose and throw some shapes on the dance floor.

Fantastic beer, tasty pretzels, hilarious Bavarian drinking songs, crowd participation, staff in lederhosen, live music… boy do those Bavarians know how to party! The live band will soon have you and the stags standing on the benches raising your steins and wetting the groom's head in an awesome night with a rowdy and friendly festive atmosphere.

Based in the heart of the city centre, the Bierkeller holds up to 400 beer fans and frauleins, so raise a glass to the blushing bridegroom and prepare to eat, drink, and see the groom off in style!