I'm Jamie, StagWeb's Limerick Destination Specialist. Have a browse around or send me a quick enquiry now, or even call me on 01225 474208.

Build your Limerick stag do

There once was a young stag named Jock...

Forget the luck of the Irish, enjoy the luck of StagWeb by letting us find you best
deals on your Limerick stag weekend while you sit back, relax and start working on your Guinness elbow.

Plan your Limerick stag do

What they said about Limerick...

A Guide To Your Limerick Stag Weekend 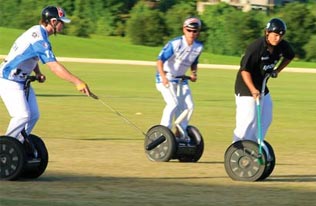 From sports staples like Playing Rugby and 5 A Side footie to mad capped sessions of Segway Polo and Games, Limerick offers plenty to keep the stag do packed with adrenaline fuelled, banter generating carnage!

Flannery's Bar - Irish pubs might have gone on to become a global hit, but there's nothing quite like the real deal. Blending traditional Irish pub styling with modern bar facilities this sprawling local has two bars and is renowned for its colourful clientele!

Smyth's Bar - With top class live acts playing all week, an adjoining nightclub and a sublime array of chilled beers available from local breweries, it's the perfect place to get warmed up ahead of a big night out on the town. 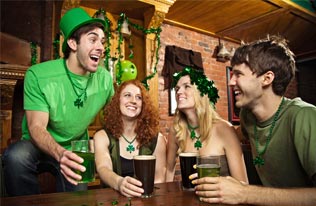 March - St Patrick's Day
What self respecting Irish calendar would be complete without the local St Patrick's Day festivities? With the Guinness flowing and the whole city painted green, Limerick is a top place to witness Ireland at its very best!


"If it's drowning you're after, don't torment yourself with shallow water."
- Irish Drinking Proverb.

Limerick's best offerings are to be found in the historic King's Island area of the city. Also known as Englishtown, this part of Limerick is steeped in medieval history and is near the current city centre making seeking out a pint or two easy after a visit to King John's Castle.

There are 10 places in America named Limerick.
It's still debated whether the limerick form of poetry is actually from Limerick.
In 1892 eels began entering residents' kitchens through newly renovated pipe works.

A Taste of Limerick

Eats - The Curragower is a historic Irish pub restaurant with awesome views of the River Shannon. Traditional Irish pub grub and a selection of meaty Irish stouts make this riverside haunt a must try to fuel the lads ahead of a night out in Limerick.

Drinks - Limerick, like the rest of Ireland, is well known for its massive selection of craft ales available in most of the city's pubs, restaurants and bars. The Locke Bar serves up some of the best, from thick stouts to hearty bitters.

On Ya Bike! Getting Around Limerick

Limerick is a small and contained city meaning almost everything is within walking distance. If you'd rather save your feet for the dance floor, then public bus routes or public bike hire stations allow the stags a little more freedom without having to get behind the wheel themselves.

Munster RFC once went on a 12yr unbeaten run.

They're funny, they're short, they're usually rude, and they're great to recite (or compose) over a few drinks to impress your mates. Since they originated in Limerick, the only polite thing to do is write a few yourself. If you're not much a poet, memorising a few is a good way to go instead. Generally, the dirtier the better, so go for the rudest you can find to really get the lads laughing, or keep it topical with a few alcohol themed rhymes.

Limerick is often overshadowed by some of the other Irish stag do destinations - giants like Dublin, Belfast and Cork tend to dominate the stage. If you think that Limerick is anyway lagging in the stag do stakes though, you couldn't be more wrong. It's famed as the sporting capital of Ireland, not just for the horse racing, golf and world class rugby, but for the energy and passion throbbing in the city - something that makes it a brilliant place to work up a sweat playing a few games with the lads, no matter who your team (though we'd keep it quite if you're not a Munsters fan). There are plenty of other activities going on around the city too, with the lush green countryside surrounding Limerick the ideal place to get the lads out and in to the fresh air. The nightlife might not be as vast as Dublin's is, but it's not lacking either - Limerick is the third largest city in the Republic of Ireland as well as having the youngest population, meaning there are plenty of friendly young locals in plenty of top bars and nightclubs. There are also over 365 pubs alone in the city... that's one Guinness for every day of the year, and more than enough to fill a Limerick stag do!

When to go to Limerick

A Limerick stag weekend is a great choice any time of year, with festivals going on throughout the seasons, and a selection of both indoor and outdoor activities to try. That said, if you plan on taking full advantage of the Irish setting, St Patrick's Day in Ireland is a fantastic celebration, with parades, bands, performances, racing, competition and Guinness! Book in advance, since hotels will get filled up quickly. If you're too busy then, Riverfest is a few months later, captures the same spirit, but with more fireworks.

If you're going over from England, Shannon Airport is the closest, and about 20km west of Limerick City, and runs regular flights to London, Birmingham, Edinburgh and Glasgow, Liverpool, and Manchester. If you're coming from within Ireland, the M7, E20, N18 and N69 all run close to the city, and there are train lines to Belfast, Dublin, Cork and Galway.

Budgeting for the Limerick stag do

The University of Limerick library originally had just 6 books.

Despite Limerick's many charms, it's not a top tourist spot in Ireland yet outside of rugby season. However, it does lie in between two big holiday destinations, Cork and Galway - which means very, very good things for your wallet when on a stag do in Limerick. Because it's not a tourist destination, prices in Limerick are significantly lower than its neighbours - which means those looking to visit Cork or Galway often use Limerick as their base of operations on a weekend. Limerick's nightlife and accommodation has had to grown and develop to keep these holiday makers happy, whilst keeping the prices that attracted them in the first place - so there's cheap pints all around for you!

Planning a stag do is a big undertaking, and it's easy for all the little details to get lost in the excitement. StagWeb can take care of all those little bits of your Limerick stag do, including the transfers and the timings, whilst still leaving the more interesting areas of choosing to you - like what activities and entertainment you'd like to do. The best nightlife and stag activities are just waiting for you to pick them! We know we're more than up to the job, but don't take our word for it - check out our reviews from past clients, if you need proof your stag do is in good hands. Once they've convinced you, have a look through our activities and nightlife to see exactly what you want, and find the best Limerick has to offer.