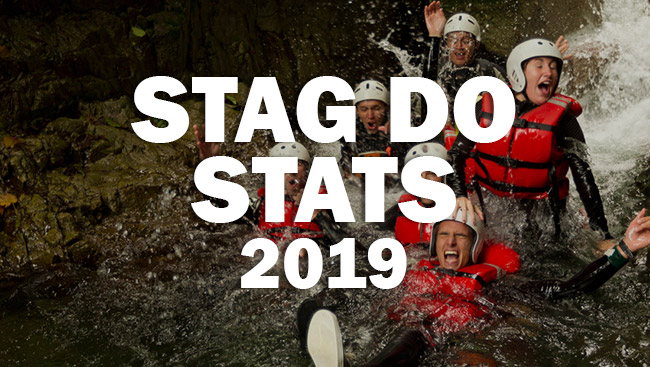 2019 was another big year for stag dos with thousands of partygoers heading out for their pre-wedding celebrations all across the globe. But where were they heading, what were they doing, how much were they spending and where was our invite? Here at StagWeb, we decided to crunch the numbers to find out all the answers to the big questions about stag weekends in 2019!

This year we sent thousands of groups out with various different budgetary requirements to various different locations all across the globe, and through all the positive feedback we received, one thing became clear: it’s possible to celebrate the groom’s big weekend in style without breaking the bank! For example, a thrifty group in Bristol spent just £10 each for an epic half-day paintball session for the main man’s big send-off! So no matter whether your budget is big or small, there’s something out there for every group! 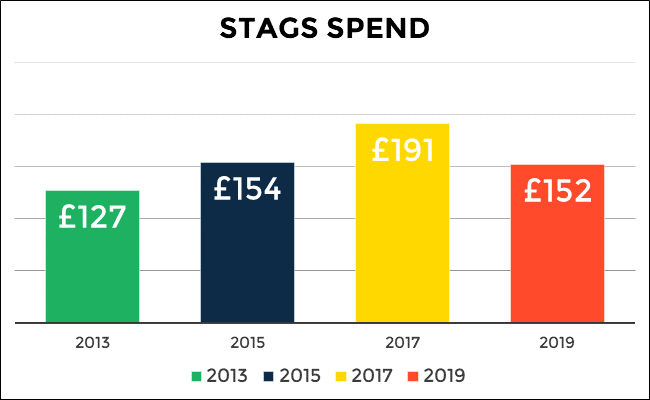 Yes, according to our data, the average spend per person for a stag do in 2019 has fallen by £39 in the last two years which is a significant saving per group and individually.

One group spent a whopping £10,120 on a trip to Ljubljana for one monumental send-off! It did include a fair amount of skiing over a week-long period to be fair to them!

The Best Stag Do Destinations 2019

With Brexit still stuttering along, we’ve seen little evidence of it affecting people’s decision to head out onto the continent for those big celebrations. In 2019, almost half of our groups flew off to Europe and beyond for the groom’s epic weekend away. 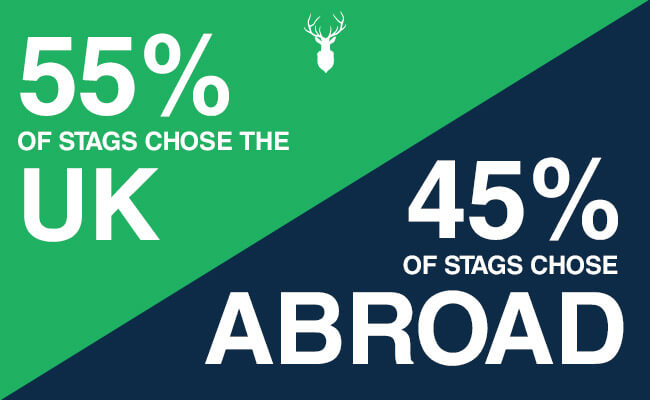 The South West is the favourite region for stag and hen groups.

For the UK, Bristol came out on top as the most popular destination due to its legendary nightlife scene and epic array of stag activities, with Bournemouth, Liverpool and Newcastle making up the other Champions League spots.

Internationally, stags favoured world-renowned party cities as their choice of location with a German one-two at the top of the tree. Hamburg and Berlin were closely followed by Prague, Amsterdam and Krakow.

What were the Most Popular Stag Do Activities in 2019?

Bubble football remains the number one choice for stags since 2017!

It’s not a stag weekend without a healthy dose of stag vs. stag competition thrown into the mix and our stats show the stag do classics are still coming out on top.

Bubble Football and Paintball are like the Real Madrid Barcelona of stag party activities (always in the top 2), but boozy related activities are starting to sneak into the top positions with Beer Bikes and Beer Coaches hitting up the top 10.

What were the Most Popular Stag Do Nightlife Activities in 2019?

It seems you can’t beat a classic night out on the town with Nightclub Entry the most popular stag nightlife activity, followed by a trip to a Gentleman’s Club in second and a Bar Crawl third.