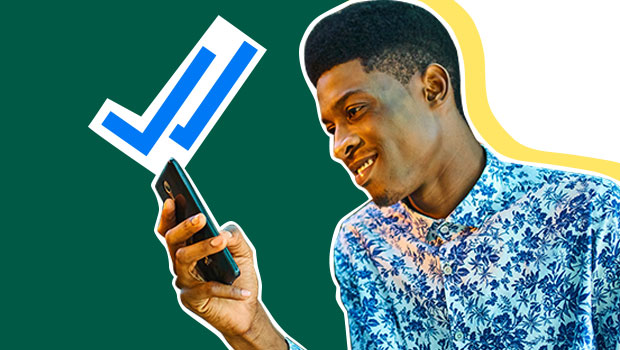 Every group chat has someone who never responds – big deal!

However, in a stag chat, when people aren’t as familiar with each other, it can be quite annoying, particularly if you need to get their opinion on the stag do or, worse, get them to cough up some money (at StagWeb, the guys pay us directly, FYI, so no chasing!).

So, we’ve come up with 6 surefire ways to get the guys to respond and get the stag chat bouncing!

1. Forfeits Part I: The Response

This one is guaranteed to get the guys replying… and fast!

In your opening message, outline the fact that if people do not respond to any questions when asked, they will face the consequences.

If they don’t reply within:

If they have a legitimate excuse, they can put it to the jury (the rest of your guys), who will decide their fate (and it’s not looking good!).

Be sure to keep a tally of who owes what for the big weekend!

From the outset, make sure everybody uses walkie talkie lingo, over.
Forfeits can be dished out for those who fail to adhere to the rules. Roger?

Andy: “Jon, can you confirm you’re attending the stag do? Over.”
Jon: “Affirmative, where are we going? Over.”
Andy: “Just waiting for the groom to pull his finger out his a*** and choose. Over.”
Jon: “Roger that. Over and out!”

By adding games and forfeits to the chat, hopefully, it’ll encourage people to get involved and call each other out when they’ve missed the mark.

If someone forgets to say ‘over’ when they’ve finished talking or forgets any of the other rules, they have to do a shot of your choice. Multiple penalties can lead to bigger fines (at your discretion).

Anyone not chatting can be fined, too.

Get a pal of yours who isn’t invited to the stag do added to the chat (someone who doesn’t know the groom and is cool with not going). Start asking him questions directly – agree beforehand that they will remain silent throughout.

After the third or fourth questions with no answer, boot him from the group.

“Let that be a warning to the rest of you!”

No one will dare cross you again after that.

Some Other (Less Interesting) Ways to Ensure They Respond

4. Ask them questions directly and tag them/@ them

5. Get the groom to give them a nudge directly (particularly if you don’t know them that well)

6. Put one longer message rather than loads of shorter ones (otherwise people won’t want to scroll back through a huge convo)

And voila! Six easy ways (including three hilarious ways) to get the guys responding.