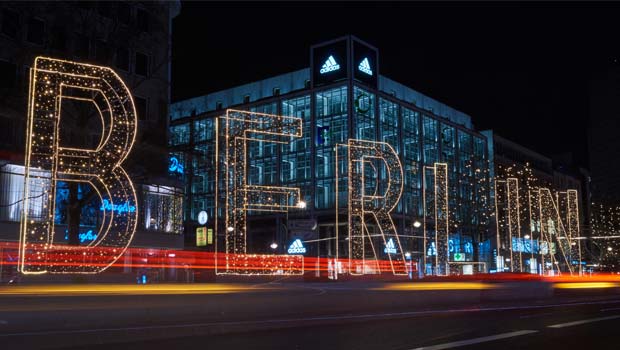 From where to party to getting into clubs, dress codes to closing times, here’s everything you need to know about a big night out in Berlin.

Mitte is the main party district with a bit of everything on offer.

Where to Party in Mitte:

Where to Party in Kreuzberg:

On the other side of the river to Kreuzberg, Friedrichshain has some chilled bars as well as some of the biggest Techno clubs in the city.

Where to Party in Friedrichshain

This district has a slightly more chilled vibe than the rest. The bars are a bit more refined. A bit more low-key. A bit more zen. Perfect for a relaxed afternoon.

Where to Party in Prenzlauer Berg:

What to Wear on a Night Out in Berlin

The dress code depends on the venue.

Some will allow casual. Some will want smart. Make sure you Google it before you go to eliminate any doubt and risk of being turned away at the door.

Dark colours and minimal looks seem to give you the most success of entry, but this is not a hard and fast rule.

If you’re planning a stag do in Berlin, be very wary of pranking the groom with a fancy dress outfit. Many clubs will turn you guys away without hesitation.

Best Area to Stay in Berlin for Nightlife

Try and stay central where possible.

The four nightlife districts are located next to one another, so you’ll be able to get to where you need to be without much trouble.

If you prefer the look of nightlife in a certain district, stay in that district!

Is it Hard to Get into Berlin Clubs?

Some clubs will be more strict than others. Berghain, for example, is one of the most exclusive clubs in the world. However, like any city, it varies from place to place.
Top Tip: If there’s a big group of you, make sure you split up.

Some of the top clubs can be tricky to get into. The bouncers may turn you away for seemingly no reason if they so decide. It’s best to do a little research on each club you’re targeting before you leave. Failing that, don’t queue up in a big group, don’t be too drunk, don’t make too much of a scene, and always be polite.

What is the Most Famous Club in Berlin?

Berghain is undoubtedly the most famous club in Berlin. It’s been dubbed the ‘Capital of Techno’ and boasts a very unrestrained atmosphere. Photos are banned. Big groups are banned. But everything else seemingly goes.

Can You Drink in Public in Berlin?

In Berlin, you can drink in public. Yes, if you’re enjoying a beer in Tiergarten or you’re walking down the street with one, you won’t be stopped. However. Don’t be too rowdy. Respect others. Don’t drink on public transport. Essentially, don’t be a d*ck.

What Time Do Clubs Get Busy in Berlin?

Most clubs don’t get going until about 2 a.m. However, for some of the top clubs, we’d recommend getting there early if you want to secure entry and not spend hours queuing.

What Time Do Clubs Close in Berlin?

German clubs have no official closing time. Yes, it’s not uncommon for the parties to pop off right through until the next day. So, if you’re planning on a big night of clubbing, it’s best not to start too early, otherwise, you’ll be heading home before the party really kicks into gear.

Like every city, some clubs allow stags, others don’t. To sidestep the hassle, we’d highly recommend booking your big weekend through StagWeb. We work with some of the best bars and nightclubs in the city, so you can avoid all the stress and guarantee entry into some of the biggest clubs about.

Check out our Berlin nightlife page for our full range of options and send us an enquiry ASAP.