Top 10: the most unusual and bizarre pubs in the UK 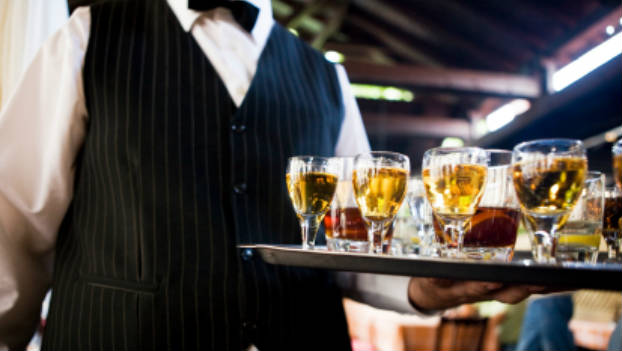 From mummified cats to former public lavatories here in the UK we’ve got a wealth of super strange and downright bizarre watering holes- ideal for any stag-weekends-with-a-difference. Whether it’s odd features, strange drinks or weird histories you’re looking for, here at StagWeb we’ve got you covered with 10 of our favourites, recommended for any discerning stag group. In no particular order our 10 favourites are as follows…

1. The Eagle and Child, Oxford 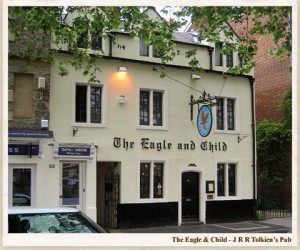 This building was once used by the Chancellor of the Exchequer during the English Civil War (1642-49) and the name is said to derive from the lesser heraldic crest of the Stanley family, used by the 14th Earl of Derby. The crest is based on the story of an illegitimate baby which was abandoned in an eagle’s nest but instead of being killed by the bird it was raised as it’s own. As such, the nickname is the Bird and Baby and the Rabbit Room in particular was a favourite haunt of J R R Tolkien who came up with many of the ideas for The Hobbit and the Lord of the Rings Trilogy within its walls. Find out more about Oxford here. 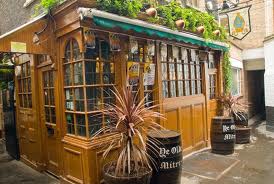 This snug, welcoming London pub is an ancient watering hole that was once in Cambridge and used as the ancient seat of the Bishops of Ely. The pub, Ely Place to the left and St Etheldreda’s Church were all technically in Cambridgeshire back in the day, and well into the 1970’s thieves fleeing raids on the nearby jewellers would hide out here beyond the jurisdictions of London police. The rich history as well as the friendly staff and other-worldly charm make it a great spot for any groups visiting London. 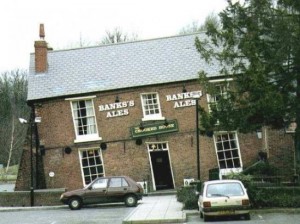 This jaunty, Crooked House is literally crooked, slanting sideways at an alarming angle – sort of like the Leaning Tower of Pisa  but with better Ales. Mining subsidence is the reason for the irregular beams and sloping floors, leading to a sense of drunken wonkiness without having to actually be tipsy. The crazy angles also mean that when you roll a beer bottle down the bar it’ll appear to be rolling uphill – quite a stunt and even more incredible after a few. Check out our Birmingham page.

4. The Temple of Convenience, Manchester 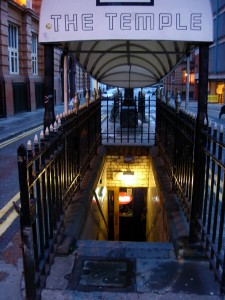 What used to be a public lavatory is now the Temple of Convenience, a friendly bar with a fun attitude and the best jukebox in town. There’s a huge selection of continental beers and a loyal crowd of regulars as well as groups looking to party in the tiny venue. There’s an intimate atmosphere so it’s quite likely you’ll make new friends (whether you want to or not) and many of Manchester‘s top band members are said to hang out here. 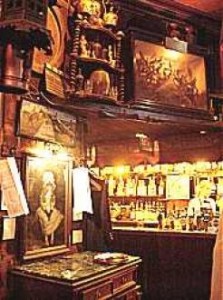 The bizarre interiors of this great pub have earned it it’s place on the list, from signs reading “No credit cards, no mobile phones, no cameras and no backpackers” to a huge hoard of bric-a-brac, unusual clocks and historic pictures there’s certainly a lot to see. Sample one of the hundreds of whiskey’s on offer or sit in the sunny garden and appreciate the Victorian charms as you write your food orders on betting slips. See our Edinburgh stag page. 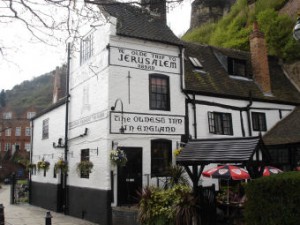 Part of the Ye Olde Trip to Jerusalem pub in Nottingham is actually carved into the sand-stone cliff beneath Nottingham Castle, standing on the site of the castle’s original brewhouse and thought to date back to the days of William the Conqueror. The name came about because back in 1189 Richard I embarked on the crusades and local soldiers would muster here and have one for the road before embarking to the Holy Land. 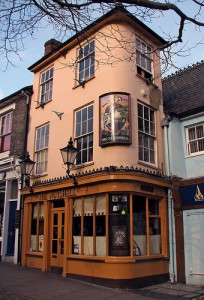 This tiny pub claims to be the smallest in Britain with room for just 10 drinkers at any one time. Quaff a pint of bitter in a space no bigger than your average bathroom and appreciate the cosy, sociable atmosphere that makes it a great tourist attraction for anyone visiting Bury St Edmunds. There’s a mummified cat hanging from the ceiling and a traditional approach to the interiors- pay the place a visit and then let us know what you thought! Ideal for Cambridge stag groups you can find more info here. 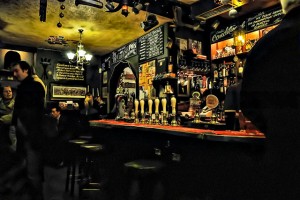 This pub is a well-hidden gem which used to the Duke of Wellington’s officers’ mess. It comes complete with original guardbox outside for the bouncers and tons of military memorabilia on the walls, and it’s also supposedly haunted by the ghost of an officer who was beaten to death after cheating at cards. As well as a great selection of beers and ales there’s a hearty menu ready to be tucked into- ideal for any London stag. 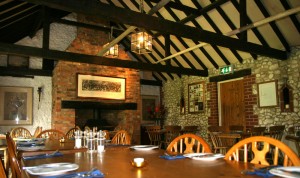 This pub was the local for Amiral Nelson and it still has the benches that were graced by the naval hero as well as traditional stone floors, great real ales and a terrifically warm welcome. We’d recommend you try the homemade ‘Nelson’s Blood’ which is a rum-based liquor inspired by the story of sailors having sneaky sips from the barrel in which his brandy-preserved body was shipped home from Trafalgar. If that’s won you over then you can find more information here and more ideas for your Norwich stag weekend here. 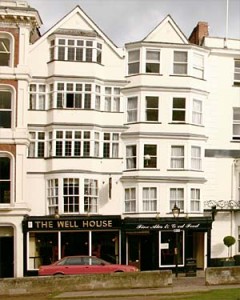 This city-centre pub is built over an old Roman well which can still be found in the pubs basement. What makes it so bizarre is the grisly secret of the well- upon looking down it you can see the intertwined bones of a man and woman which are said to be those of a monk and his lover who threw themselves into the well when their illicit affair was discovered. Find out more about this eerie pub here and more on Exeter stag weekends here.