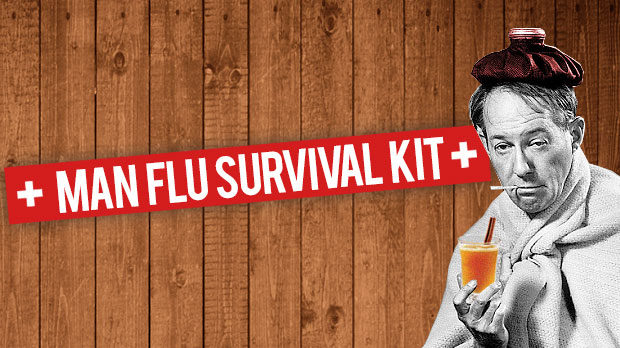 With the nation waist deep in water and the cold weather biting, hundreds of men in the UK are now at risk to man flu which as us chaps know is a singularly debilitating illness.

Now while the female of the species might scoff it is worth pointing out that in 2010 the Office for National Statistics revealed that according to the results of their survey women take twice as many sick days as men. Surely this is proof that us blokes are actually more resistant to illness and only take time off most reluctantly. Like when we’re struck down in our prime by the dreaded ‘man flu’.

Yet the British Medical Journal has argued against man flu being a real disease, even the Oxford English Dictionary brushes man flu aside;

man flu noun [mass noun] • informal, • humorous
“A cold or similar minor ailment as experienced by a man who is regarded as exaggerating the severity of the symptoms”.

“Humorous”? Well at StagWeb we can assure you we know man flu is no laughing matter so we have pulled together all our medical knowledge (which admittedly would fit onto the back of a packet of cough sweets) to create the ultimate man flu survival kit. 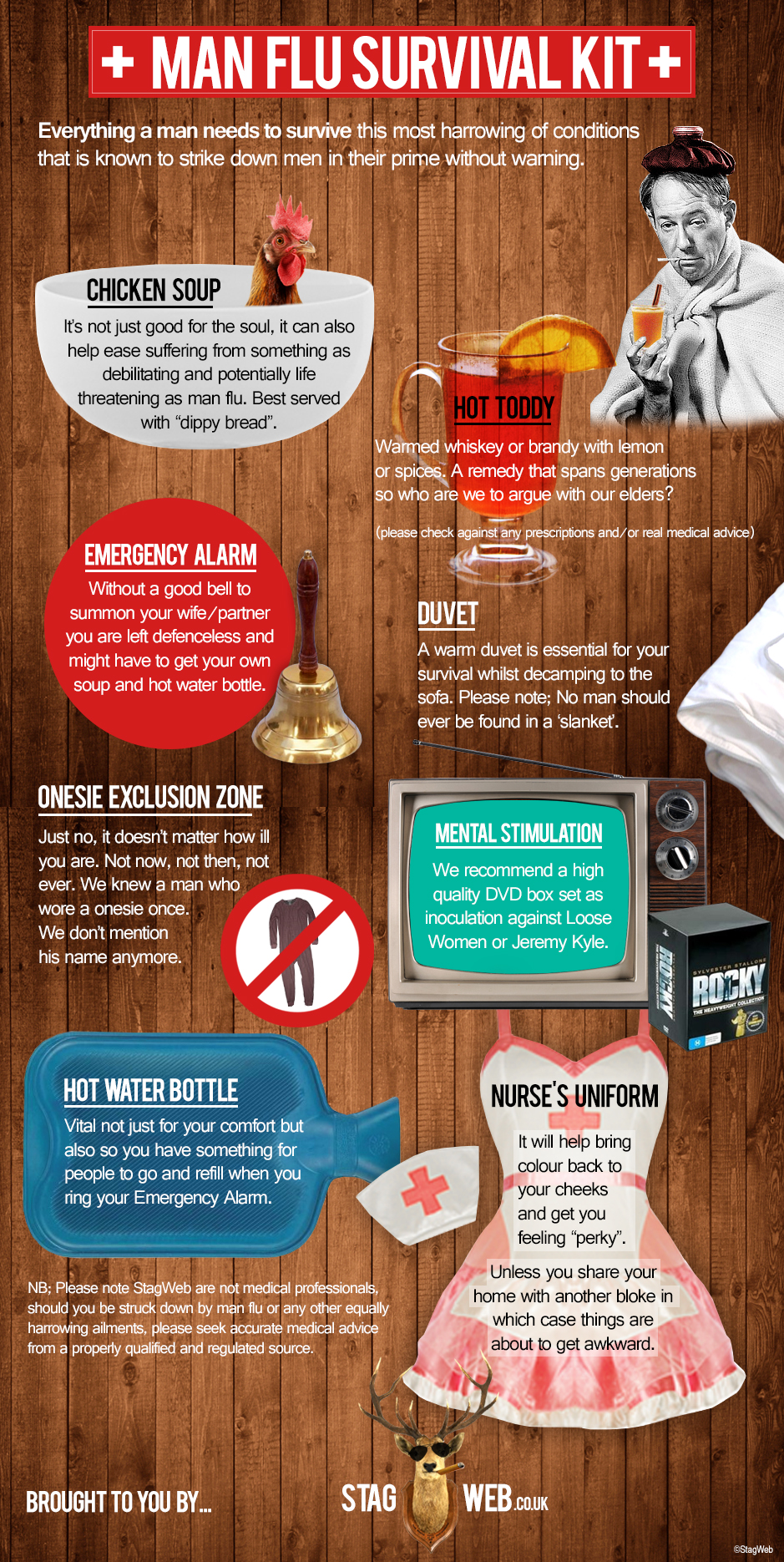