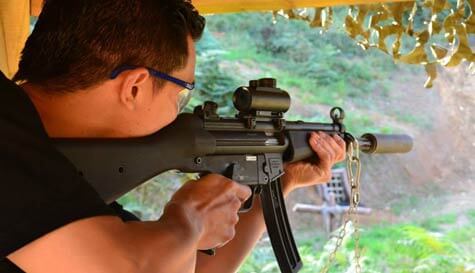 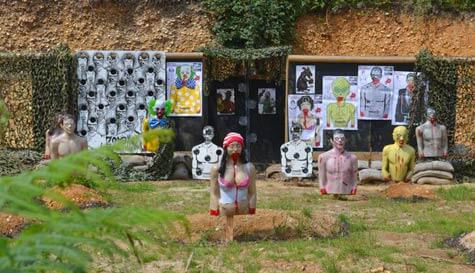 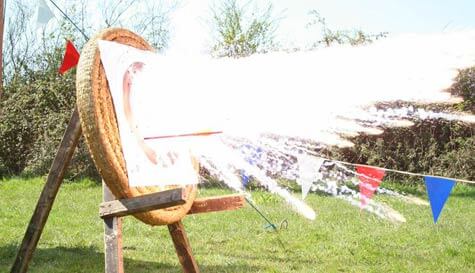 Please don't bring your own shooters

Some say it's only a matter of time before the zombie apocalypse arrives and we should all be ready for action. Our Bournemouth stag party zombie survival training will have you beating off zombies in no time (stop giggling at the back). This isn't just an epic Bournemouth stag do challenge where you'll be taking on your mates, its also a chance to get your hands on some really big weapons (I won't tell you again!) and great training for zombie munching D-day.

You will be trained and assessed on the following zombie-slaying tasks to see if you've got what it takes to kill the undead... Er... again.

Assault Rifles (30 shots) - Taking aim at a range of exploding targets and bleeding zombie torsos with some awesome firepower such as; MP5, UZI and Heckler & Koch 416.

Axe Throwing - Forget Shaun of the Dead, throwing crap records won't even give zombie's a headache! If you want to open up your opponents empty head in a single throw you need a Native American tomahawk.

Crossbow - Certainly more likely to take out the undead than a Showaddywaddy album, these lethal bows have a draw weight of 80lbs.

"A wonderful afternoon. The staff were fun, friendly and up for a laugh."

Please Note: We work with 1000s of suppliers across the UK & Europe so prices, availability, photos and specifics on our zombie survival training activity may vary depending on your preferred location and dates.