Choosing the right best man is vital! This guy has the power to make or break both your stag weekend and the wedding. You can’t just pick any old mate, you’ve got to be certain you’ve chosen the right man for the job.

So, here at StagWeb, we’ve created a truly scientific Best Man Test based on psyche, physical fitness, sporting prowess, tolerance to alcohol, creativity and how to cope under fire.

Find a field, set up your own beer tent (vital to ensure all the athletes are kept hydrated), light a BBQ ready for the victory feast... and let the games begin! Scoring – Set up a scoreboard and mark each of the potential best men’s names. After each event, score the stags on a downward grade. If you have 10 guys, then the winner of each event will score 10, the runner up 9, third place 8, etc.

Being able to finger your ring is a major part of the best man’s role, he’ll be the one giving it to you and your bride on the day, so you want to be sure he has a good action.

You'll need: A wooden toilet seat or an old tyre
The rules: All the PBM (Potential Best Man) will take it in turns to throw the ring (toilet seat/tyre) as far as possible. Each PBM will get three attempts with their best throw being taken as their score. 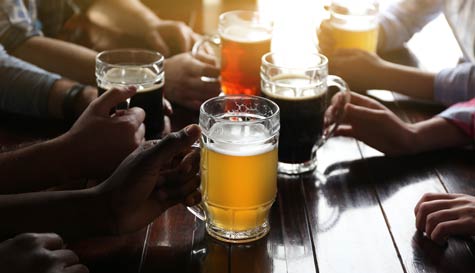 Question: How could you ever trust any man that spills too much beer?

The rules: Create 2 lanes by separating the buckets 20 metres apart, fill one bucket in each lane with water and place the sponges next to it. Pace out and mark 5-metre intervals between the buckets. Split the PBM into teams. Each team selects a lane with one PBM standing at each of the buckets and markers. Once you blow your whistle, the PBM at the full bucket must fill a sponge with water and throw it to his nearest teammate, who will, in turn, throw it to the next man down the line (no players can be skipped, everyone in the team MUST touch each sponge). This continues until the sponge reaches the last man who will ring out whatever water is left into his bucket and throw the now empty sponge back down the line (sponges by now will be going in both directions). Whichever team gets the most water in their bucket in 3 minutes wins (best of three).

Can he deliver a great joke without going all Frankie f***ing Boyle on you? Here’s a chance for each PBM to show his comedy class.

The rules: Print out scorecards. If you have 10 stags, you’ll need 10 sets of cards (10, 9, 8, 7, etc.). Give each PBM a set of cards. The PBM will take it in turns to tell a joke about the groom-to-be. The rest of the guys will judge their competitors by writing their names on the scorecard they deserve. Once all the scores are written, they should be placed in a hat or bag for the groom to count up. Deduct one point for every time they swear, but don’t tell them until you announce the scoring – well, what did they expect, it’ll be a family affair on the day! 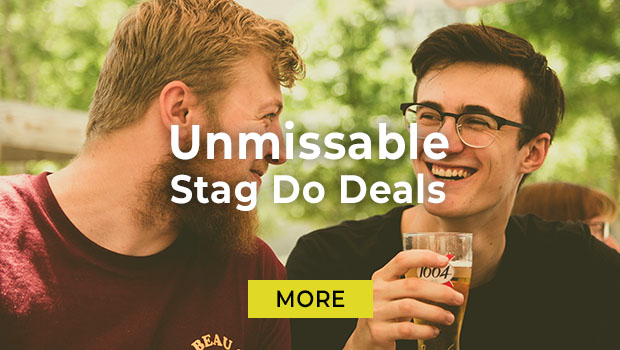 Catching the bouquet is a huge part of the bridal traditions, but what if all the bridesmaids fail? It’s for this very reason the best man needs to be a safe pair of hands.

The rules: Split the PBM into pairs and ask them all to line up facing their partners at a distance of 3 metres. Give each pair an egg. On your command, the PBM with the egg must throw it to his partner who must catch it intact. Any team that breaks their egg is out. And the next round begins. Those with intact eggs must both take a step backwards (increasing the distance between them), and the thrower becomes the catcher and vice versa. Whichever team manages the most distance/complete throws are the winners.

It'll be a stressful day, so you need a man with nerves of steel, who’s even prepared to take a bullet (or at least a beer) for you.

You'll need: Cans of beer, a table, and two chairs

The rules: Two PBM will sit facing each other across the table. The judge will select two cans, really shake one up and then place them both on the table without the PBM seeing which is which. The PBM each choose a can which will be opened above their heads by the ref. One player gets a beer shampoo, the other player progresses through to the next round. Continue the process with all the PBM in a cup tournament format until you have a winner. 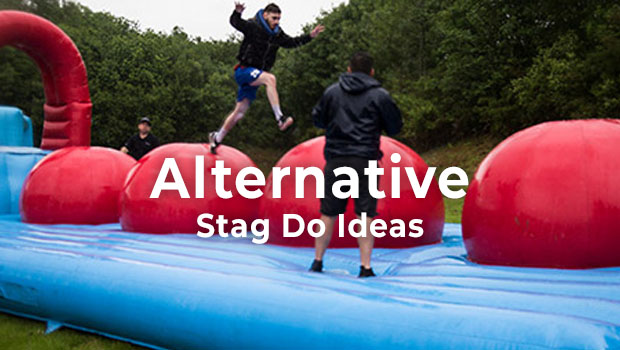 You can’t put up with any badly drawn boy, your best man must look sharp at all times, so this will test their ability to stay looking good no matter what comes their way.

The rules: Set up an obstacle course (makeshift slalom poles and hurdles, etc.). Each of the PBM will take it in turns to run the track going against the clock. Once they clear the existing obstacles, each ‘athlete’ will find a broom handle. He must press one end on the floor, press his forehead against the other end, and spin around the pole five times before continuing on the course. At the end of the track, the PBM must down a beer before sprinting back. While he’s drinking it’s ‘Open Season’ and the rest of the PBM can throw water-soaked sponges at him. His run is complete when he sprints back across the start/finish line. 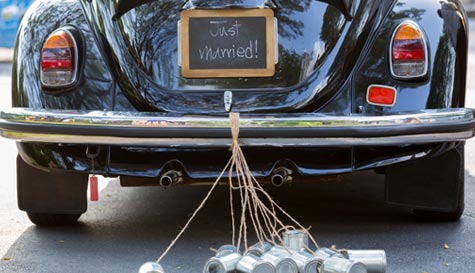 Oh no! Everyone forgot to trash the wedding car, and the bride and groom are about to drive off into the sunset. The PBM can't let them get away unmarked. Read... Aim... Fire!

The rules: Split the guys into groups of three. Give each pair their equipment (except the eggs), they now have 10 minutes to design a machine to fire an egg as far as possible.

After the ten minutes are up, each team must step forward and will be given one egg to fire as a practice round. Once all the teams have fired, they have two final minutes to tinker or modify their machines.

Time’s up! Each team will step forward again for two final rounds of firing. Only each team’s furthest shot will count. Furthest egg wins. At the end of the event, count up each man’s score and perhaps award the winner a trophy. You now have your best man (unless his joke was too funny in which case just pick someone else instead).