Father of the Bride Speech

Being overcome with pride and joy at the prospect of your daughter getting married can quickly give way to stress, nervousness and an ungodly amount of sweating when you realise you're going to have to get up in front of a room full of people and give a father of the bride speech worthy of an Oscar-winning monologue.

We'd tell you not to worry about it, but you've gone to the lengths to seek out this page for help, so you're probably already a little on the apprehensive side. So, what we're going to do instead is arm you with all the info. and advice you need to craft the greatest father of the bride speech that has ever graced the ears of the guests.

Prepare to dazzle with the help of our easy father of the bride speech guide...

Your Complete Guide to Your Father of the Bride Speech

The Stuff You Need to Know

That's right, you're first up, the opening batsman, the pacesetter, the trailblazer, the one who sets the benchmark for the rest of the speeches. Let's get things off to a flyer!

7 minutes. That may seem awfully precise, but it's tried and tested. Any shorter and it'll seem too fast (and seem like you don't have many good things to say about your daughter), any longer and you'll start to lose people's attention (nobody's daughter is that amazing!). Aim for 7!

Whilst you'll throw your own anecdotes in, there are a number of details you should definitely include:

1. Introduce Yourself - Surprising how many forget to do this. You'll be up there chatting away about the bride and marriage and half the room might not have a clue who you are.
2. Welcome The Guests - OK, they may be making a dent in your bank account, but forget about that and thank everyone for coming (particularly if they've travelled far and wide to attend!).
3. Finish with a Toast - Wrap things up nicely and hand over to the groom smoothly with a nice simple raising of the glasses to the newly-weds.

Father of the Bride Speech Structure

The five key points to hit for that dynamite speech:

1. Intro - As mentioned earlier, introduce yourself so people don't just think someone's drunk uncle has stumbled up onto the stage and started rambling about marriage. It's a good opportunity to crack a little joke to break the ice and calm the nerves.

2. Welcome - As you're the one kickstarting proceedings, be sure to welcome everyone for coming and give special mentions to those who have travelled from afar. Be sure to drop a little mention to the groom's parents too... and your wife (the dog house awaits if you forget that one!).

3. Daughter - The reason you're stood there. Crack a joke, show your pride, drop in a heartfelt story about her that's personal, and one that not many of the attendees will know. Speak from the heart! There may be tears, but it's a special moment to savour, not fret about!

4. Son-in-Law - Your chance to welcome him to the family. Recount how you first met, your first impressions (keep it light), talk about how much he means to your daughter and be positive about their future together.

5. Wisdom - Before you wrap up and hand over to the groom, pass down some wisdom on marital bliss (irrespective of your own experiences) and how they can have a long and prosperous marriage.

6. Toast - Your mic drop moment! Sign off with a toast to the happy couple before you kick back and bask in the plaudits firing your way for an incredible speech.

Stick to this basic format and you can't go wrong. Those who stray too far from the much-heralded father of the bride speech structure often find themselves up the proverbial creek, paddleless.

Grab a piece of paper and a pen/pencil/crayon/quill, jot down the key stages and then plan each one separately. Work on one section each night of the week and, by the 7th evening, you can kick back with an ice-cold beer in the knowledge you've written some literary fire.

Some sections will be speedy and some may take a little more thought *cough* the section about your daughter *cough*.

Father of the Bride Speech Ideas

There are a few avenues you can choose to venture down for your speech, each one a good option in their own way:

The Happy - It's a joyous occasion. Everyone's in high spirits. Keep them high! Recount happy memories, share some pearls of wisdom, crack the occasional joke. Knock it out the park.

The Humorous - The trickiest one to nail, but if you do, it can be the most memorable. Make the jokes relevant, keep them light and time your moments. Don't just go in all guns blazing.

How to Deliver Your Father of the Bride Speech

Ten Do's and Don'ts for your big speech:

DO make sure you practice before the day. If you're worried about it, trying to wing it. Doing it underprepared is the worse thing you can do. Next thing you know, you're stuttering, sweating, losing your place, crying uncontrollably with embarrassment. Practice, practice, practice.

DON'T be boring. The last thing you want your speech to be is one big snoozefest. It can be funny, it can be happy, it can be heartfelt. If you've managed to make it boring you've made a serious wrong turning somewhere.

DO tell your daughter how much she means to you. Even if you're going down the humorous route, make sure you remember to put the brakes on and deliver a little speech from the heart. This is the most important day in her life, she wants to feel the love.

DON'T ramble on about how much the wedding is costing you. Even if it is and even if you're doing it as a joke, it's a joke that's been told a million-and-one times before. You should (hopefully) have plenty of other things to be talking about.

DO use flashcards. People won't expect you to have an eidetic memory and learn the whole thing off-by-heart. Have a few brief flashcards to hand to prompt you if you lose your train of thought. It's better than having a big piece of A4 rattling around if you're shaking from nerves.

DON'T leave it until the day before to write your speech, quickly scribbling a few notes down on the back of a fag packet. Start planning it as soon as possible. Take your time. Read, reread and reread some more. Get feedback from your wife or friends too. Don't think you can just wing it on the day.

DO make eye contact. Never does a speech look more awkward than when the person delivering it does everything to avoid eye contact with the audience or, worse, just stares down at the table. Eye contact not only makes it look more natural, it also gives the illusion of confidence, even if you aren't.

DON'T drink too much. Dutch courage is all well and good, but you don't want to go too far the wrong way and end up slurring your words and being forever encapsulated on YouTube falling over mid-speech. There are plenty of other ways to beat the nerves than half a bottle of whiskey.

DO a meaningful toast. End on a high note. It's the last thing that'll come out of your mouth during the speech, the last bit people are likely to remember. Even if you muck up beforehand you can save it all with a stellar toast.

DON'T use clichés. 'I'm not losing a daughter, I'm gaining a bathroom' is a classic example of one to avoid like the bubonic plague. They're lazy, yawn-instigating and overused and will have everyone snoozing before you raise your glass. Think outside the box!

Being nervous has seemingly become a taboo subject in recent years. Why? It's OK to get nervous. It's more than OK, it's normal. Unless you're a stand-up comedian, most people won't relish getting up in front of a load of strangers and start jabbering on and on. So, yes, you probably will feel slightly nervous on the day, but don't fret, channel the energy and use these top tips so you can keep your cool:

1. Remember to Breathe
We know you were probably planning on a bit of breathing on the day, you know, to stay alive, but if you take conscious control of it and take a few deep breaths, particularly throughout the speech, you can regulate your heartbeat and combat your nerves. Simple but very effective.

2. Practice Makes Perfect
It's incredibly rare for people to be able to nail something the first time. Cristiano Ronaldo wasn't a world-class footballer at the age of four. The Sistine Chapel wasn't the first time Michelangelo had picked up a paintbrush. We'd wager Martin Luther King Jr probably had a read-through of his speech before he unleashed his dream. Make sure you practice yours a fair few times.

3. Keep off the Beers
And any alcoholic beverage for that matter. Save it for afterwards, once you've dropped your speech bomb on your dazzled audience. Alcohol can actually have an adverse effect and make you feel even more nervous, so play it safe and stick to the water.

4. Slow and Steady
If you listen to the radio or watch the news, you'd think they all talk at a normal speed, but, in fact, if you listen carefully, they actually speak considerably slower than you would hold a normal conversation. This makes them easy to understand and adds clarity. Don't race through your speech, keep it slow and steady, you might think you're doing it painfully slowly, but to everyone else, it will appear normal.

5. Record Yourself
See for yourself if you're worried about it. Film yourself trialling your speech and see where you can make changes. Get someone else to view it too and see if they have any pointers. Don't worry if you feel awkward or think it looks daft, you'd look more daft if you fluffed it on the actual day.

6. Find Your Focus
Not as in zen, well, actually, that would definitely help, but we mean find a focal point in the room, just above everyone's heads at the back and frequently look towards it. This will give the illusion you're making eye contact and help you to keep your eyes on the prize.

Father of the Bride Speech Jokes

It's actually surprisingly easy to come up with your own jokes, anecdotes and funny stories if you just spend the time thinking about them. Sit down and cast your mind back and you'll be surprised how many stories are brilliant fodder for your speech.

Also, bear in mind the elements that make a good joke, the content, the speed at which you tell it, the delivery and you'll be well on your way.

Planning a Stag Do?

At StagWeb we aim to save you the organiser, time, hassle and money and give the groom the best weekend!
Choose from 1000s of epic stag do activities & ideas across the UK, Europe and beyond... 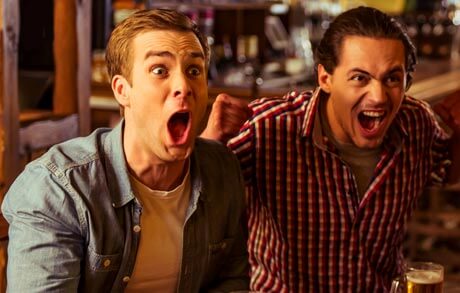 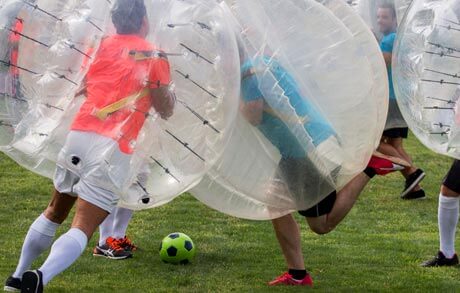 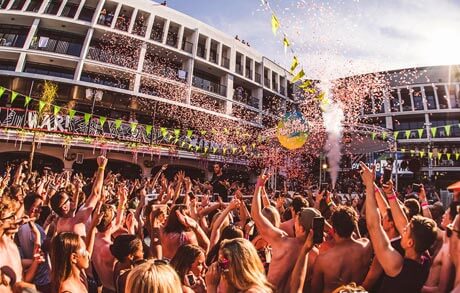