Get your kit on for the lads

Stag themes done well are brilliant, you'll be the belles of the ball, people will laugh along and welcome you wherever you go. Do it badly and you could find unimpressed looking doormen barring access wherever you go this isn't just fancy dress, this is proper stag genius at work, so here's a rundown of some great stag night themes you can get stuck into;

Pay homage to the groom's formative years and the movies from his youth. Was/is he a sci-fi geek? Or was it the action heroes like Rambo and John McClane that made his DVD player “Yippee kay-aye movie-lover!”.

Pick the decade that most represents the grooms glory years (to remind him that they're now over) and theme your evening around his favourite TV shows.

If computer games have been the source of many misspent/well spent hours then you can pay homage to the groom's game playing prowess and all those lonely nights he spent playing with his joystick.

If many of his stags have known the main man since childhood then perhaps it's time to re-visit some of the games you used to play as kids when you acted out your favourite cartoons...

You can give everyone around you a laugh with a little creativity like a Fox & Hounds theme.

You don't need to spend a fortune, in fact stag themes can be even funnier if you limit the guys to where they source their costumes and how much they spend. Charity shops can be a great source of material and you can set some truly weird themes.

This one is indeed a bit trickier but will certainly get the guys flicking through their sports DVD in search of great sporting moments to bring to life through their costumes (Gazza’s tears, Freddie's pedalo ride, Usain’s Bolt, etc). Or just some of the biggest sporting heroes themselves…

Sometimes the main man himself will be the inspiration, is he a massive golf fan? Any weird childhood hobbies or school clubs he belonged to that you can pay tribute (embarrass him) to? Does he have an unusual job you can dress up as? Go nuts but just make sure you don’t let him off too lightly.

Pick A Stag Night Theme To Suit Your Activity...

If you're booking a racing theme (quads bikes, go karts, extreme dodgems, or any of our 30+ motor sports activities) then maybe dress up as crazy mechanics or whacky racers.
If football is the name of the game then tailor your evening attire in the style of the best dressed footballers ever, no we're not talking about Beckham or David (I want to be Beckham) Bentley. We're referring to the golden era in football styling when men were men and shorts were short, a suitable bubble perm a la Keegan and a nice Ian Rush-tache.

If you're doing something with a more musical note like our recording studio then you can use the evening to show off your new found Rock God status with a trip back to some of the biggest music stars of all time, we're talking Adam & the Ants, Jedward, Westlife or even Bucks Fizz (although deciding which ones play the role of the girls who get their skirts whipped off is up to you).

Of course things don't have to end with your costumes. If you're really going all out for a theme then you should set your games accordingly too. There are loads of great stag games to play. For example if you're working on a squaddie or boot camp theme complete with combat fatigues and camouflage paint then Toy Soldiers would make a great game to run through the night (or until the last man is left standing).

Create your own sports team. You just need a few dodgy darts shirts with everyone creating their own darts nickname. How about bowling shirts or even crown bowls. There are lots of great sports you can recreate either as modern superstars or the gentlemen players of yesteryear coming as sports stars of a bygone age.

Whatever theme you decide on for your big weekend just make sure it's achievable for all the lads whilst still being ambitious and creative enough to be different.

But always remember to keep it friendly and plan wisely, in the wake of news that former DJ and TV presenter Jimmy Saville had been accused of numerous counts of sexual assault one dim-witted stag decided to dress as the former kids TV favourite. Unsurprisingly he was turned away from most bars and nightclubs. With any costume or theme just remember the type of venues you'll want to be getting into and how the doormen will view a group of lads all dressed as Hulk Hogan. 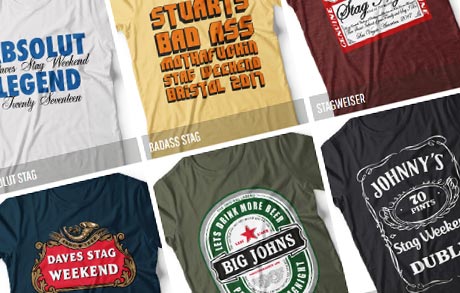 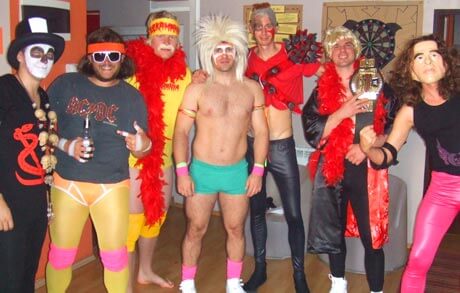 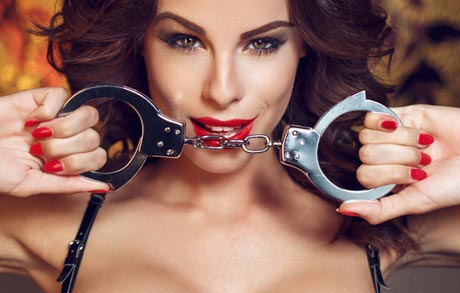