A great party destination for any Game of Thrones fans, and perfect for those who love good weather, amazing activities and monumental parties. Book your Dubrovnik stag weekend with StagWeb to avoid the planning faff and guarantee an insane celebration!

Save time, hassle & money with StagWeb. 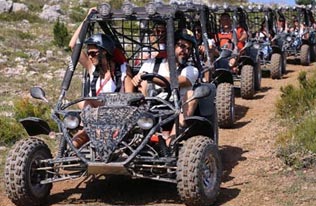 Dubrovnik might be small and compact but it can hold its own when it comes to bringing epic activities, memories that'll last a lifetime and endless banter. Steeped in history, a City Walls Tour of this UNESCO World Heritage site will please any history buff stag while the adrenaline fuelled can hit the Croatian coast on an epic Buggy Safari or tackle the Adriatic waters in an awesome Kayak Island Tour.

The sun’s out, you’ve had a day packed full of fun stag activities, now it’s time for a drink. Luckily, you’re in Dubrovnik so that shan’t be a problem! Although the nightclubs boast quality over quantity, you won’t be short on buzzing bars that can keep a stag party entertained all night (and into the early hours).

Old Town is by far the busiest area and in evenings the atmosphere is ripe with party-ready people in the mood for some celebration. Any send-off will be in style in this Croatian town. The views are stunning and the bars have a unique vibe. Cocktail bars in coastline coves, wine cellars in old shipwrecks and craft beer havens in Old Town; these are just a few of the distinctive drinking destinations you’ll stumble across!


"Those who seek paradise on Earth should come to Dubrovnik"
- George Bernard Shaw, Nobel-Prize-winning Irish playwright. 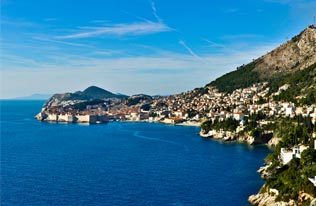 Frana Supila, just along from the walled city itself, is the street with Dubrovnik's best nightclubs and bars along it. A brief taxi ride might be needed, but if you're after an awesome stag night out of clubbing in Dubrovnik then this is the street to look for.

A visit to Dubrovnik is the ultimate treat for any fans of the immensely popular TV series, Game of Thrones. With King's Landing and a number of street scenes set in the historic city there's plenty to see in Dubrovnik from Blackwater Bay (Pile Gate in real life) to the city of Qarth (the offshore island of Lokrum, just 600 metres from Dubrovnik).

Dubrovnik was one of the first places to abolish slavery.
Dubrovnik gets 2630 hours of sun a year, so pack your bags.
The Croatian currency, the Kuna, is named after the Marten, a type of ferret.
Many scenes from HBO's Game of Thrones are filmed in Dubrovnik.
Croatia has over 1,000 islands.
The cravat tie got its name from Croat because it was worn by a Croatian king.

A Taste of Dubrovnik

Eats - Dubrovnik boasts a range of wood fired pizzerias that serve up pizza that can rival anything that comes out of Rome. Caffe Pizzeria La Luna is one of the best in town.

Drinks - Rakia, a fiery spirit of anywhere between 40% and 60% that's made of a variety of fruits, is the Croatian national drink and something that has to be tried while the lads are in Dubrovnik.

Dubrovnik's walled city can only be tackled on foot, which is no problem owing to how compact it is. Even a number of areas outside of the old town can be walked to with no difficulty.

If you're looking to travel outside of Dubrovnik, the walled city is very well served by buses, which are both cheap and reliable.

A little more about a Dubrovnik stag do

As George Bernard Shaw once said, ‘Those who seek paradise on earth should come to Dubrovnik to find it' - now it's your turn!

If you haven't been to Dubrovnik before, then you've almost certainly seen in it pictures as this upmarket and scenic slice of the Croatian coastline which overlooks the stunning Adriatic is like a magnet for the holiday photographer's lens. A jewel in the Mediterranean crown, Dubrovnik is an incredible UNESCO recognised walled city which lies just a hop, skip and a jump away from Italy and roasting African climates. Often referred to as the Pearl of the Adriatic, it's small but perfectly formed and when you're looking for a cool and cultured stag do which provides a refreshing break from more traditional destinations like Benidorm and Ibiza, a Dubrovnik stag do is a number 1 choice! Clubs and bars around the city come to life during the summer and can give some of Europe's biggest party hotspots a real run for their money.

How to speak the lingo

Luckily, Croatians are awesome at speaking English, which is pretty handy given how tough their native tongue is. Even so, giving a few words and phrases a good stab is always fun and you'll really make the locals smile when you drop one or two of these language bombs in conversation.

Croatian invasion - when should we visit for a Dubrovnik stag do?

The Adriatic climate is very, very kind which means that the sun kissed coastal port of Dubrovnik retains an appealing temperature well into Autumn. In short, the summer season is where the party really kicks off, so visit between May and September for the very best club life and atmosphere, but if you do choose to visit in the colder months, temperatures will certainly be a lot toastier than those we're used to in the UK! In May-June and September-October, climates are still very pleasant and warm, but crowds are smaller, so consider these times of the year if you're keen to relax and enjoy the city at a slower pace. Between July and August, the massive Dubrovnik Summer Festival comes to town, bringing with it theatre, concerts, opera, open-air cinema, circus and just about anything else you can imagine! A must for culture vultures. A real hit for those who love contemporary culture, the Libertas Film Festival which comes to Dubrovnik every April brings big names in film direction and cinema. Head to the Sloboda on the main square in the Old Town for more info.

Where should we be on the Dubrovnik stag?

Luckily, navigating your way around Dubrovnik isn't too difficult, as the city centre is neat and compact. Getting around on foot is not a problem therefore and despite the pedestrian-only Old Town being a little higgledy piggledy and choc full of strange old signs that don't really seem to lead anywhere in particular, we think it adds to the charm and navigating this pretty part of the city is all a part of the fun. The Croatian war raged in the terrifying recent past, between 1991 and 1995 and although the city and its residents were resilient and built Dubrovnik back up to its former glory, scars from the conflict can still be found around the city, such as bullet marks in stone and wonky, damaged buildings. Head to the beaches to relax in the sun and be sure to check out the historic city walls too.

And just what can we do for you, chaps?

When you book up your Dubrovnik stag weekend with us, everything's included, from accommodation and activities to brilliant nightlife. Because we're ABTA bonded, you can be sure that your money is safe - you'll be in very safe hands! We have fantastic Dubrovnik stag packages on offer which really make the most of everything the city has to offer. Try out the Paintball Paradise option which includes 2 nights' accommodation, transfers and paintball as well as a 2 course meal and guest list club entry, or Adriatic Adventure if you fancy getting wet and wild. It includes accommodation for 2 nights as well as transfers, a snorkelling and kayaking tour and then lunch on Lokrum island with a city walls tour as well as guest list club entry. Phew! There's a whole lot of Dubrovnik fun going on - which will you choose?