Trustscore 4.3 | 460 reviews
Extraordinary, unforgettable, out of this world... Welcome to Iceland!
(7)
Reykjavik Menu

Reykjavik is possibly the coolest capital on the planet and a standalone stag destination. With its unique geographical makeup, you and the boys can try your hands at a load of incredible, once-in-a-lifetime activities. Jump in and have at it with an unforgettable Reykjavik stag weekend, and make sure you book with StagWeb to avoid all the usual stress and hassle!

Save time, hassle & money with StagWeb.

15 Reasons Why Reykjavik Is So Damn Cool...

Simply walk into any pub, tell the locals you're English and (once they've finished laughing at you) they'll be quick to buy you a pint to help you drown your sorrows.

It's actually possible to climb up a volcano, whether you chuck your ring depends entirely on how fit you are and how much you've had to drink the night before.

It's not just the Northern Lights that are spectacular, coming out of a nightclub during the summer months (when it doesn't get dark at night) is great, you won't get lost on the way home and you can see exactly what they've put in your kebab (rotten shark meat probably).

Iceland has more volcanoes than professional footballers (did you hear that Hodgson?). 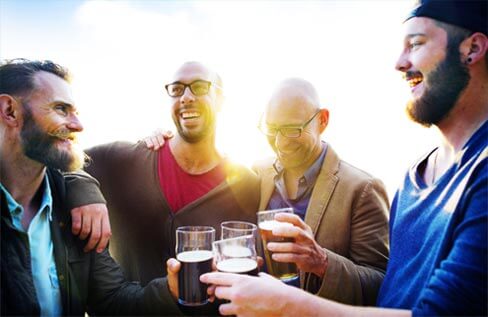 The country has a national holiday entirely dedicated to the celebration of beer!

It's 4 times more expensive to get a single train ticket from London to Manchester than fly to Reykjavik.

Despite the rotten shark, mad driving and volcanoes, Iceland is actually good for you. The healthy Blue Lagoon and outdoor lifestyle could help contribute to a longer life expectancy than England.

And to go with all that beer? How about the Bacon Festival? Yep a festival overflowing with goodwill, love and bacon. Iceland is a gift that just keeps giving! 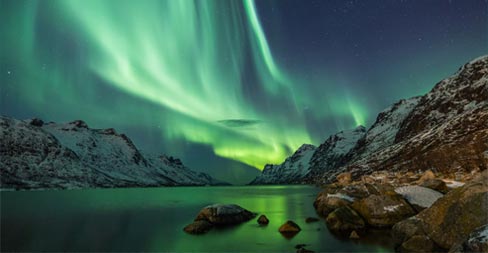 Iceland have had more Miss World winners, per capita, than any other nation.

No, don't worry about the ones at sea, it's the ones on the plate you need to look out for. Hákarlis is a national dish consisting of shark meat buried in the ground for months on end until it rots before being dug up ready for the plate. It smells so bad it can only be served outdoors!

The country loves its cars, many residents drive 4x4s (with massive tyres) to cope with winter driving conditions but locals all laugh at an apparent national failing when it comes to parking. Buggies, Snowmobiles and Quadbikes are hugely popular in Iceland.

Their politicians embrace the madness rather than try and hide it. Ex-punk Jon Gnarr, Mayor of Reykjavik turned up at the elections dressed as a Jedi Knight (!?!). 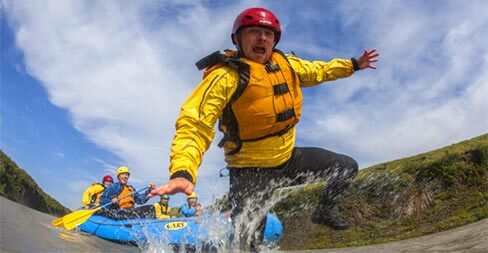 Iceland has some of the maddest activities on the planet! Whale Watching, Jet Boats, Paragliding and Ice Caves are just some of the ways you can risk life and limb.

There'll always be someone to look after you because mums go to Iceland. 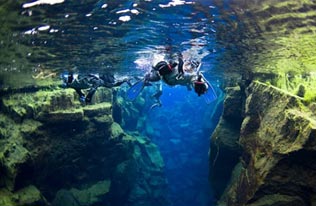 Iceland is blessed with some of the most epic activities known to stag-kind. For any stags making the trip really are in for something special, Snowmobiling, Sea Kayaking and the Blue Lagoon will all give you incredible days out you will simply never forget.

As with all our small city destinations, Reykjavik is easy to navigate when it comes to finding all the best bars. They’re all in easy walking distance so you won’t have taxi around or trudge your stags across town to find the hot hangouts.

The busiest street is Laugavegur where you’ll soon discover everything from cosy pubs to raucous tropical-themed bars! It’s not that common that party groups post up for the evening, and there’s definitely the tendency to favour the bar crawl life. Taking a detour off Laugavegur to a neighbouring street means quieter crowds where you can nab a beer in one of the late-night cafes that other stags might not have thought of!


"The most amazing thing about Iceland is not the picturesque landscape or the geo-thermal pools. It is the fact that in Iceland the national dish is cured shark."
- Anon 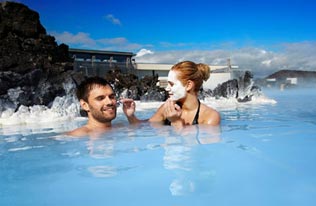 Getting around Reykjavik could not be easier. As capital cities go Iceland’s capital is compact, clean and very friendly. Once in the city pretty much everything you’ll need for a night out is in easy walking distance so there’s no need to be hunting down taxis.

The Sun Voyager is one of Iceland’s most famous works of art. This huge Viking inspired sculpture sits on the seafront and is a great walk for any tender stag heads after a big night out. Well worth the trip.

Iceland has its own brand of condoms “From the land of explosions”.
Jon Gnarr the Mayor of Reykjavik is an ex punk band member and stand-up comedian who turned up to the election dressed as a Jedi knight. May the votes be with you.
Hákarlis a national dish consisting of shark. But not just any shark, this is Icelandic shark, buried in the ground for months, dug up and served with a hint of ammonia. Would you like fries with that?
The population is so small (320,000) that there is a mobile app to tell Icelanders whether they are related to people they meet.
In the 1970’s TV was banned on Thursdays and throughout the month of July. This led to a huge increase in babies born in April.
Iceland has a massive obsession with motorsport. Head on a quad bike tour and you’ll soon find out why!

A Taste of Reykjavik

Eats - If you live by a "When in Rome" credo, you should go Viking and try Harkal. It’s fermented shark flesh which was traditionally ‘fermented’ (polite way of saying ‘left to rot’) in urine. Apparently the smell is so bad it shouldn’t be opened indoors. It does make a great groom prank/challenge. Mmmmm, pass the ketchup!
Drinks - Made from water originally fed from icebergs, Einstok Beer is possibly the coolest beer on the planet. The White Ale is particularly pleasing for a thirsty Reykjavik stag weekend.


"Pissing in your shoes won't keep your feet warm for long."
- Icelandic Proverb

Being such a relatively small island Iceland is not overrun with public transport option. Strætó buses are well run and convenient but they don’t give change so make sure you have the right money to hand. You can pick up a Reykjavik Welcome Card which gives you 24, 36 or 72 hours unlimited travel.
We will be happy to arrange your airport transfers as well as arrange transport to all your activities. Contact our Iceland destination manager for more details.

Budget airlines and price wars between the major airlines means getting to Reykjavik is now better than ever. You can fly to Iceland for less than the price of a tank of petrol and cheaper than many UK intercity rail tickets.

You’ve got it!  And not just hot.  We’re talking steaming hot!  Head to northerly shores with the lads and you’ll find a country blessed with hot springs, a heated beach, stunningly hot locals and the hottest nightlife in the north!

So why pick a Reykjavik stag do?

The country’s capital is an absolute gem!  There’s no denying the temperatures can plummet and a breath-taking plunge into icy Arctic waters might be more hypothermic dunk than ‘refreshing dip’ (the smart money says it’ll bust that hangover either way) but Reykjavik is an unbeatable melting pot of striking scenery, sport and action adventure mixed with some of the coolest ways to kick back on the planet.

Where else could you and the boys speed across volcanic craters, raft over Arctic rapids, chill out in one of the biggest and best hot tubs around and still party through the night with drinks on tap until sunrise?!

Did you just say hot tub???

If you like your action served with a steamy session or two, then you’ve chosen a blinder of a capital!  The city takes billing as one of the top 5 Hottest Hot Tub Destinations in the World, so you’ll be in fantastic bikini-clad company!  And a Reykjavik stag do really wouldn’t be complete without immersing yourselves in the most famous waters of all - the amazing Blue Lagoon.

Hot springs, soothing waters and scantily clad beauties…. Reykjavik and stag parties were practically made for each other!

But it’s well worth prising yourselves away from the giant geothermal baths to find out what else Iceland’s premier playground has to offer.  You won’t be disappointed!

So a Reykjavik stag do in a nutshell?

A breathtakingly rugged backdrop, white knuckle action, extreme partying, friendly locals and a land where stripping to the bare essentials isn’t only encouraged, it’s practically law! (Or… maybe not quite.   But with steamy waters, bikini-clad beauties and the world’s best hot tubs spread out before you, we’re pretty sure the boys won’t need much encouragement..)

And as if that wasn’t enough;

But with a reputation the world over for being the place to party, and at less than a 3 hour flight from UK shores, it really will pay to plan ahead and book wisely to make sure you’re not beaten to the steamy prize.

So be the man with the plan, get in touch today and set the ball rolling for the stag experience of a lifetime!

When should we go?

A Reykjavik stag do is golden any time of the year. Summer brings cool temperatures and almost 24 hour daylight, perfect for hitting the slopes, glaciers, caves and lagoons, while winter brings extreme sports to the main stage (not to mention 18 hour nights, plenty of time to hit the clubs and kick back with a cold one.  Or two…).

The city goes all out for New Year, with spectacular fireworks displays across the capital and you and the boys can test those nerves (and stomachs) of steel at January’s Thorri Midwinter feast, where Slátur (think haggis), boiled sheep’s head and rotten shark make up the local menu. (Stomach all three and a hefty dose of stag kudos awaits!)  Party the night away with 100,000 locals at August’s Menningarnótt festival or take in the kicking live music scene at Iceland’s Airwaves Music Fest in October.

Ok, a stag weekend in Reykjavik has it all!  What do we do next?

If a Reykjavik stag do ticks all the boxes (did we mention the hot tubs?!) then have a browse of our website, view the deals and packages available and get in touch.  We’ve got a great selection of proven ready-made packages, we can tailor bespoke weekends to your exact needs and with ABTA bonding to our name you can be sure we’ve got your cash covered.

We’re confident we can offer you the Reykjavik stag do to beat all others, and at StagWeb we’re not afraid to put our money where our mouth is.  So put us to the test today!  Our quotes are risk free and you’re under no obligation, so you really haven’t got anything to lose.