Rome wasn't built in a day... but its colossal party scene took off instantly! This uber impressive capital is steeped in incredible sights and boasts a ton of awesome stag events waiting to be conquered. A Rome stag weekend is colossal, so be sure to avoid the planning hassle with the help of StagWeb.

We had a stag party in Rome for 4 days. It was awesome! Def do the Vespa tour in fancy dress, you'd have a ball. StagWeb did a great job, book with them. I wouldn't of changed a thing. BEST stag do ever!

A Guide To Your Rome Stag Weekend 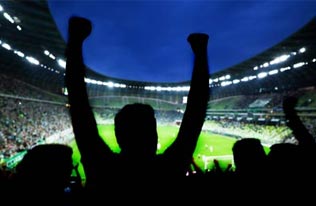 Footie mad stags are in the right place, with Serie A giants SS Lazio and AS Roma both playing in the capital there's no better time to go watch a game than with your best mates. Try your hand at a totally different spectator sport with a day at Gladiator School learning how to get one over on the lads with a sword or trident. Alternatively, refined stags can lap up the ancient culture at a sophisticated Wine Tasting or escape the pre wedding stresses with a day at a Health Spa. When in Rome, after all!

Stylish speakeasies and quirky dive bars await you in this super trendy city that always pleases our stag groups. All the fun is in the exploring and when the sun goes down you’ll have a blast going from bar to bar to find your vibe.

The Ostiense and San Giovanni areas are slightly out of town, but if you need a break from the sight-seeing crowds it’s the perfect place to head as it’s a local’s stomping ground with a friendly atmosphere. Otherwise, stick to the areas around the best landmarks for sleek watering holes and restaurant bars to soak up the sun with a pint in hand!


"I found Rome a city of bricks and left it a city of marble."
- Augustus, 1st Emperor of the Roman Empire. 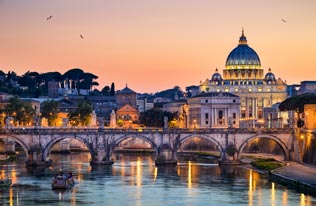 Testaccio is Rome's nightclub area. Set a little away from central Rome, this buzzing district attracts a lively crowd of locals and high energy crowds looking to have a legendary night out in the scorching Italian capital. Loads of clubs, bars and great music keep this area busy all year round.

For sightseeing stags there are too many landmarks and sights to possibly see in one stag do. We'd suggest seeing one of Rome's more alternative sights; foodies will love the weird and wonderful pasta museum while morbid lads can take a tour of Rome's creepy catacombs.

3,000 Euros are collected from the Trevi Fountain every night.
Cats are legally allowed to live where they're born, even among ancient ruins.
Rome has an 11 room museum that's dedicated entirely to pasta.
Emperor Caligula tried to make his favourite horse a high ranking government official.

A Taste of Rome

Eats - When in Rome, eat as the Romans eat, right? Alfredo, carbonara, amatriciana, cacio e pepe are all must try Roman pasta sauces.

Drinks - Rome is well known for its white wine, an in particular, its Frascati. This white wine has been made around the city since the days of Jesus, Gladiators and mad emperors and is great as a refreshing drink in this sizzling city.

There is no shortage of ways to get around the bustling Italian city. Roads are generally best avoided owing to the high volume of traffic and Italian way of driving, which means you're often best off getting about on foot or on bike. Getting around by bus or using the city metro is cheap and efficient if you want to save your feet for the dance floor.

So long as the stags are in the city centre they can't go wrong on foot, however, with a number of bicycle rental shops and checkpoints throughout the city cycling is also a brilliant way of seeing Rome.


We beg you, though -no toga fancy dress. Please. It's been done.

Bravissimo! What makes a Rome stag weekend so great?

Well, there are a few things that come to mind. First, there's the fact that not many lads think of Rome as a potential stag do destination (so congratulations on your discerning taste, gentlemen), which means you're less likely to be encountering hoards of other British lads wearing mankinis or dressed as old ladies, and more likely to come across some actual Italians on the big night out. We're not saying all Italian women look like Sophia Loren, but if there's a chance even one does then it's well worth taking.


Third, Rome is, without a doubt, one of the most glamorous cities on the planet. On top of the nightlife, it's got fashion, design, history, culture… combining laid back style with a contemporary energy. Rome is riding a Vespa through a piazza in hand made leather shoes. Rome is sipping iced coffee outside sun drenched cafes, wearing a suit and Ray-Bans. Rome is a sizzling nightlife mixed with some of the coolest days in the world.

And, if you needed a fourth reason, there's also the weather.

Setting up an Italian Job…

The ancient Romans are legends… and a Roman stag do needs to live up to that. In any case, it's the stag's last days before he enters the era of ‘oh, I'll just have to check with my wife', so you don't want to do things by half measures. You'll want this stag weekend to be something the boys remember for the rest of their lives.


Luckily, the Italians are a passionate and inventive lot (heard of Da Vinci? Or Elagabalus, the inventor of the whoopee cushion?), and they've got a few tricks up their sleeves to make sure you and the lads have the party of a life time.


For a historical challenge (with a hilarious modern twist), you can face off in our gladiator school. Gladiators may famously not make friends, but you're guaranteed to make a few when the lads get to snap on their leotards and bash each other about with inflatables. If you'd rather go for a group bonding experience, white water rafting is one of the most high octane and white-knuckle rides you'll ever face.


You can also enjoy a more leisurely pace with activities like a spot of wine tasting. Rome is known for its wine... in fact the ancient Roman men used to drink about a gallon a day, making this one of the best places in the world to sip a nice red.

Rome isn't known for its hot clubbing scene like some other European cities, but that doesn't mean the nightlife isn't phenomenal. It's a cut above cities where the only draw are the nightclubs; instead, cool and sophisticated Rome offers something completely different from the usual stag weekend experience. Parties are plentiful, but Rome is in a class of its own. If your mates are modern, trendy and urban gents who like good music, good alcohol, and a very good night, then a Roman stag do is the perfect choice for you.


Is a stag weekend in Rome expensive?

Well, yes. It's one of the top tourist cities in the world, so you're not going to find the rock bottom prices of eastern European countries here. That doesn't mean you'll have to pawn off the stags wedding ring in order to afford more than a hostel and a single round, though. If you plan ahead and book with a savvy company (like, say, StagWeb), you can get huge savings and discounts and stretch your money further.


Our first advice is always to book early: the later you leave it, the more you'll pay. Look through our activity and nightlife pages now to get the ball rolling. StagWeb have been operating trips to Rome for over a decade. We know the best places to stay and the best entertainment in the city, and we know what's good value and what's just trying to trap tourists. In that time, we've also formed long standing relationships with our Italian partners that get you exclusive deals and offers, saving you even more money in the long run. If not, you might want to start praying to Juno.