Wroclaw has stepped out of the shadow of its big Polish brothers and is carving out a reputation for itself as a mighty party city. A Wroclaw stag weekend is a sure-fire winner for the groom's big weekend away, so be sure to book with StagWeb to avoid all the usual planning hassle!

Save time, hassle & money with StagWeb. Get your Wroclaw stag do quote today

A Guide To Your Wroclaw Stag Weekend 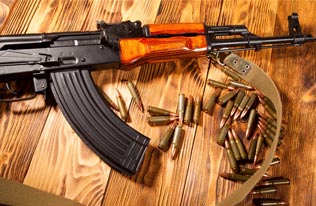 Ever wanted to get your hands on an AK47 and go fully automatic? How about stag vs. stag in a bout of Hovercraft Racing? If you didn't before, you do now! Wroclaw has some of the maddest stag activities in Europe and the epic stag prank Stag Arrest is a true classic!

Wroclaw boasts incredible drinking destinations that fit in effortlessly with the stag-stunning architecture.

Squares such as Rynek are postcard-worthy hangouts surrounded with sophisticated places to start a stag night out. The surrounding areas host corner pubs and shrines to locally brewed beer. It’s vibrant and always buzzing after dark, with the Pasaz Niepolda area coming in at a close second for a spot of heavy hedonism. There’s a heap of courtyard bars here with clubs that’ll take you nicely into the early hours. 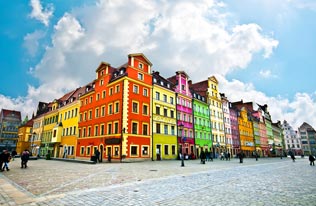 If a crisp pint and an epic night out are what the lads are looking for then Stare Miasto has everything you could possibly desire for an unforgettable evening in Wroclaw. The city's old town houses an unbelievable array of bars, nightclubs, pubs and attractions with everything easily within walking distance.

Wroclaw Market Hall is one for any adventurous stags who aren't afraid to go around the stalls sampling as much Polish food and drink as they can. The Polish baked goods and sweets stalls are cheap and gorgeous too. Some stalls even sell homemade Polish liquor, mead and beer, ideal for pre-drink drinks!

A bizarre 80s protest movement has left countless metal gnomes dotted about Wroclaw.
Poland has won more World's Strongest men titles than any other nation.
Wroclaw has belonged to 10 empires in its history.

A Taste of Wroclaw

Eats - Polish milk bars are the ultimate morning after remedy for your Wroclaw stag night out. Owing their cafeteria style to Poland's Soviet era, these relics of communism offer cheap, typical Polish dishes with little flair or care. Plenty of food for very little money and a taste of Poland's bygone communism days; some of these canteens still have their plates chained to the tables!

Drinks - Wroclaw has two breweries vying for the title of 'best beer in Breslau'; if you ask us, they're both bloody brilliant. This bitter rivalry (pun intended) between Spiz Brewery and Bierhalle has taken the form of a massive range of thick, sweet, unfiltered beers that any self respecting stag simply has to sample!

Pedestrian and bicycle friendly, Wroclaw is easily navigated on foot or by pushbike. NextBike bicycle rental stations can be found throughout the city and well respected cycle lanes make this a great city for pedalling about.

The public transport system of buses and trams is modern simple and cheap too so if you're looking to travel further than your legs will carry you it's worth considering as a budget friendly way of getting about town.

“Halo” - Hello.
“Jedno piwo prosze” - One beer please.
“Wszystkie swoje piwa proszę” - All of your beer please.
“Posiadasz jakąś wódkę ?” - Have you got any vodka?
“Pan młody będzie płacić za nich” - The groom will pay for those.
“On jest zabawny patrząc jeden.” - He's the funny looking one.

Set to be the 2016 European City of Culture Wroclaw (pronounced “vrahts-wahf”) is a city on the move. Like Poland it is growing in stature, experience and is now establishing itself on the tourist map so now is the perfect time for a Wroclaw stag do to see the city before the masses arrive.

What's the very best of a Wroclaw stag do?

For a stag do Wroclaw really does have masses to offer. Firstly, its still widely off the beaten track for most western tourists yet has a great buzz and vibrant club scene. The student backpackers have arrived and there has been a massive increase and diversity of nightlife on offer.

And at Stagweb we find the very best of the best. Whether its getting you added to the guest list of the hottest clubs in town (there'll be no queuing for our stags if you request it, no, you are men on a mission and will be meeted, greeted and escorted pass the queue of mere mortals) or arranging a strip dinner (and we're not talking about the cuts of meat) your nights out will become the thing of legend. In fact plan wisely (we always advise booking early) and one day bards will sing songs and tell tales of your Wroclaw stag do exploits (just remember that what happens in Poland stays off Facebook but you can share this page with your Facebook stag group).

Is there enough to keep us busy on a Wroclaw stag do?

Are just some of the great stag challenges that await you and the boys on a Wroclaw stag weekend. Owing to the less stringent view on handing over potentially lethal weapons to hapless stags, there are a number of different shooting options for action stags. Probably best to asses the calibre of your fellow stags before you decide whether you want to stand next to one holding a loaded assault rifle. But it doesn't all have to be big bangs as there is plenty to choose from.

Is a Wroclaw stag do expensive?

Simply put… No. You have to factor in your flights but once that's done you'll find it less expensive than many UK destinations. Dining out is not a costly experience and local drinks, in particular vodka (or “Polish water”) can be quite reasonable, however handle with care, especially any brews you've no heard of before as the alcohol percentage can be enough to halt a red army.

Also hotels can be reasonable and we have specially selected our accommodation to keep you in the heart of the action.

If you want to keep budgets reasonable we would always suggest you book early and book well.

Do… Book early to make the most of any deals on offer.
Don't… Hand over your money without doing any background checks. Make sure your travel company is ABTA bonded so that your money is protected. Remember as well as you dollar you'll also be handing over the hard earned of the whole group so if anything goes wrong you want to make sure you have full financial protection.
Do… Plan the weekend for your group. Yes you can buy off the shelf packages but talk to our team and we'll design a Wroclaw stag weekend tailored specifically to your group.
Don't… Book unseen and hope for the best. At StagWeb we visit all our hotels and activities, if we haven't see it we won't book it, its that simple. Seeing something on the internet and hoping its ok can be a risk. Know where you're going and why or you could find the group hanging you out the window of the dingy apartment you've mistakenly booked them into.
Do… Trust the pros. We’ve been helping guys plan epic weekends since 2002. But don’t just take our word for it, see for yourself what our groups have to say about us.


You just said you could save us money? Yes we did and yes we can. Here comes the maths bit…

Because we have been operating in Poland for so long we have sent hundreds of happy stags on Wroclaw stag weekends and other great Baltic destinations, this means we have become preferred customers and the best stag hotels and get exclusive rates. We can pass these savings on to you. How do we get 96% of our stags happy with their experience? Simple, by creating great adventure for a great price.

The capital of Lower Siberia and once part of Germany, Wroclaw was declared a “Fortress City” by Hitler and part of a wider defence system designed to keep the Red Army to the east and UK & US allies to the west away from Berlin. It was massively bombed and largely destroyed by fighting between the advancing Russians and retreating Germans at the end of the war.

The city has been painstakingly rebuilt and it really is quite stunning with a varied and unusual mix in styles and architecture. Great wide open squares lined with bars and cafes perfect to sit and sample the local brew accompanied by music to watch girls go by make the early evening tranquil and mouth-watering in lots of ways.

It was a host city for Euro 2012 and is on the verge of becoming a better known tourist destination so if you've ever been to a great city and wondered what it was like before it was overrun with tourists this could be your chance to find out.