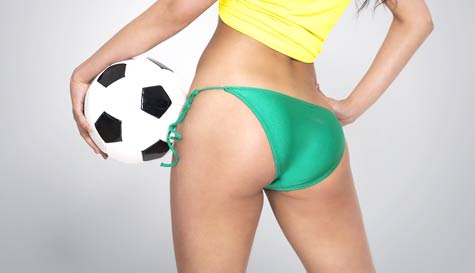 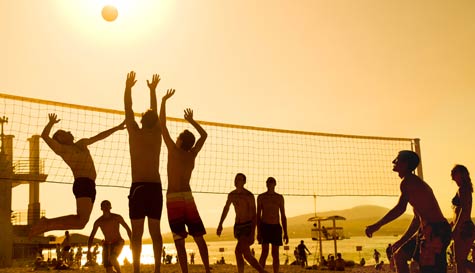 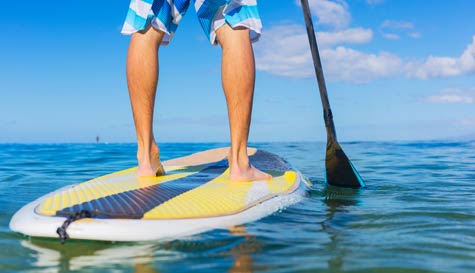 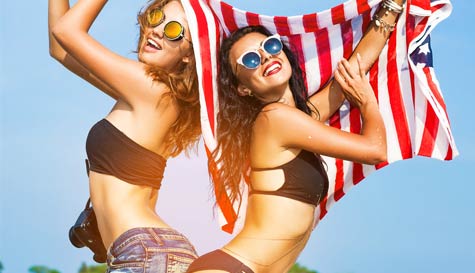 Some men will run around dodging paintballs on a grey day in Milton Keynes, some will go camping in the Lake District in the middle of a hail storm, but true stag legends will party it up on a beach in Barcelona!

This fantastic package really does have it all; free beers, hot babes, sporting contests and plenty of opportunities to joke at the groom's expense.

The Beers - You'll get two free beers each. Well, we're caring guys and we wouldn't want you getting dehydrated.

(Actually, alcohol isn't great for hydration so take plenty of water, you don't want to be getting cramp and wimping out in front of any hot beach babes).

The Balls - Footballs and volleyballs to be precise. You can have some great sporting conflict and show off your Brazilian beach skills. And just for extra laughs, we've added limbo to the challenges. Yeah you could embarrass yourselves by getting a face-full of sand, but on the other hand you could get signed up by a passing Barca scout, weirder things have happened (Leicester won the Premier League!).

The Boards - To prove you can master the sea as well as the land you'll get to try your hands at paddleboarding. This awesome sport is the fastest growing water action sport right now and we have no doubt you and the guys will take to it like stags to water. Ok, so just try not to embarrass yourselves and try to bring the groom back in one piece.

The Babes - The beach is a mecca for smoking hot babes, so while you and the guys are celebrating on a Barcelona stag do whilst showing your sporting prowess, remember you want to be giving off vibes like Tom Cruise in Top Gun, not giving off vibes like a group of slightly hungover, pasty British boys. Make us proud!

Please Note: We work with 1000s of suppliers across the UK & Europe so prices, availability, photos and specifics on our beach games & paddleboarding activity may vary depending on your preferred location and dates.