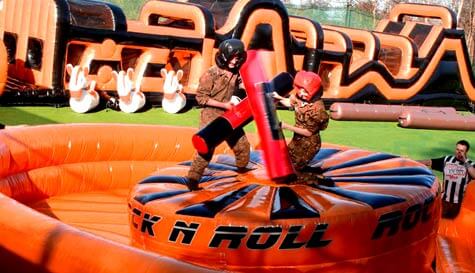 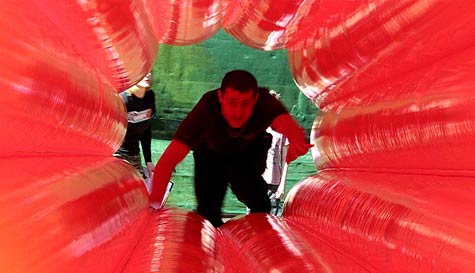 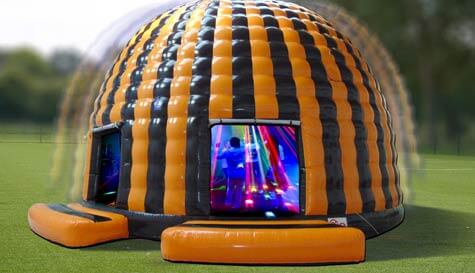 If you're looking for a unique activity full of laughs, banter and total stag carnage then look no further! Our Birmingham stag party inflatable games will see you take on a series of 8 hilarious challenges guaranteed to make sure that the groom will soon become 'the fall guy'... along with everyone else who wipes out. The guys will be split into teams before taking on a combination of TV's It's a Knockout and Total Wipeout in a bid to conquer an epic inflatable obstacles.

Our stag party inflatable games may include:

All the bragging rights will be on the line in our Birmingham stag party inflatable games, so there really is everything to play for. You'll need to get your game faces on, ('grrrrrr... GRRRRRR') before gritting your teeth and pushing yourselves to your physical limits. It goes without saying here at StagWeb we fully expect that every stag will do his duty in pursuit of victory with a free bottle of bubbly awaiting the winning team.

Why not add even more fun? We have even more mad activities at this site. Please ask our team about a deal to add any of the following activities to your day;

Please Note: We work with 1000s of suppliers across the UK & Europe so prices, availability, photos and specifics on our inflatable games activity may vary depending on your preferred location and dates.