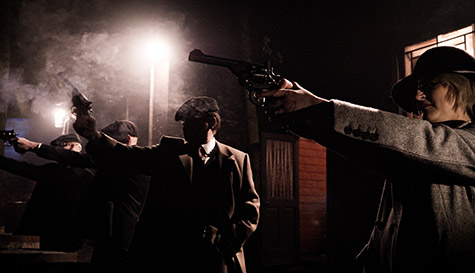 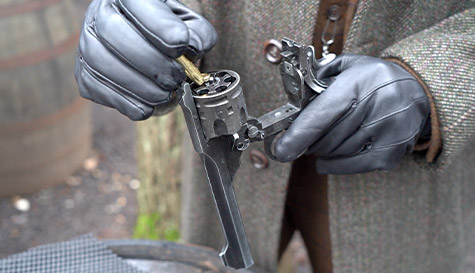 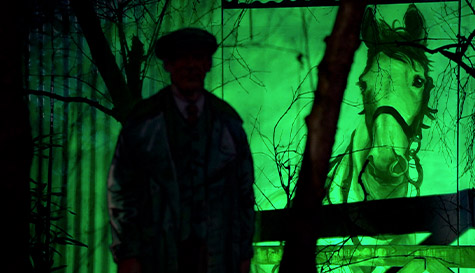 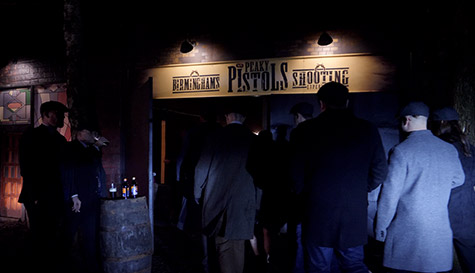 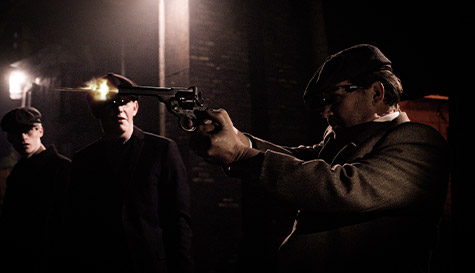 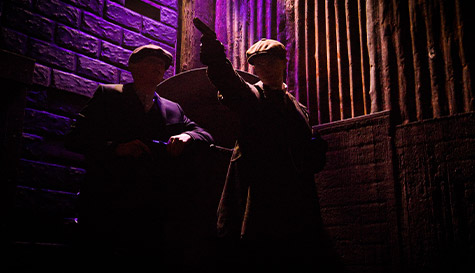 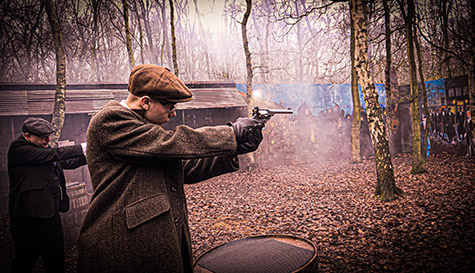 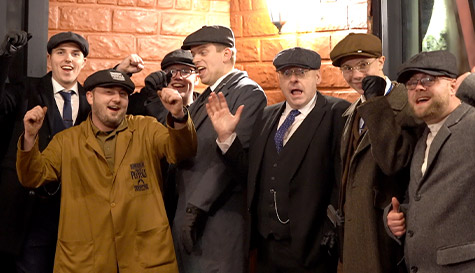 If you and the boys are itching to get your trigger-fingers on some serious firepower, then now's your chance. With our stag party Peaky Pistol in Birmingham, you can step into the world of the Peaky Blinders and immerse yourselves in this thrilling theatrical experience.

You'd be hard-pressed to think of a gang that's cooler, more criminal and more bad-ass than the infamous Peaky Blinders, made famous by the award-winning TV drama. So what better way to celebrate the main man, than gathering the boys and following the footsteps of the legendary urban street mob?!

Once you've donned your Peaky Cap and stepped into 1920s post-war Birmingham, you'll be all set up for your shooting experience. The experts will teach you how to master the art of shooting both a Webley MKVI service revolver, your "Tommy" sub-machine gun, and a Colt M1911 pistol.

The Peaky boys weren't exactly one-hundred per cent law-abiding, but we're pretty sure they're good guys at heart. They only broke the rules when they were left with no choice but to eliminate their enemies. Which is exactly what you lot will do! Once you've mastered the fine art of shooting, you'll lock and load and take aim at all sorts of villainous characters who are trying to take you down and ruin your stag weekend. Haven't they heard? 'You don't f*** with the Peaky Blinders!'.

We don't want to jump to conclusions, but we're guessing that firing guns isn't one of your everyday hobbies. This is your chance to discover who's the sharpest shooter in the group! Which of you has what it takes to be a Shelby or survive the streets of post-war Brum? Chalk up your scores as you go and find out!

This awesome, all-action activity is the perfect way to celebrate Birmingham's gun-making history, the hit series, and the main man!

Please Note: We work with 1000s of suppliers across the UK & Europe so prices, availability, photos and specifics on our peaky pistols activity may vary depending on your preferred location and dates.