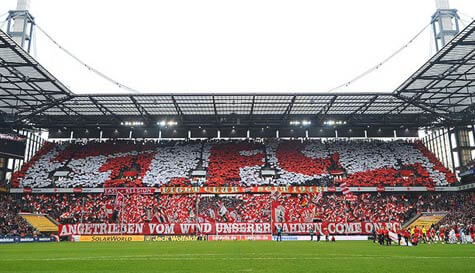 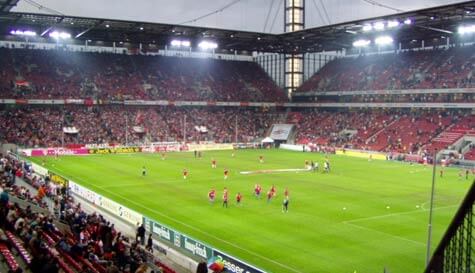 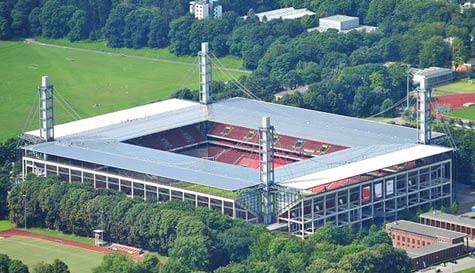 We work with 1000s of suppliers across the UK & Europe so prices, availability, photos and specifics on our football - spectating activity may vary depending on your preferred location and dates.

"Twenty-two men chase a ball for 90 minutes and at the end, the Germans always win." - Gary Lineker

Get Ready For football - spectating in Cologne...

Football loving stags can get your fill of 'the beautiful game' ("das schone Spiel") with a trip to see a Bundesliga match at 1. FC Koln's RheinEnergie Stadium. Soak up the atmosphere with a few glasses of Germany's finest produce before joining the home fans in the 50,000 seater stadium (home colours are red and white if you want to get properly kitted up).

Known as "the Billy Goats" (thanks to the club badge) 1. FC Koln formed in 1901 and were the first-ever Bundesliga champions, although they have had a few blips along the way including a goal drought that lasted 1034 minutes (11 and a half matches!) in 2002. German football has definitely been on the rise again in recent years winning the 2. Bundesliga title in 2013-14.

Local Rivals - The big local derby matches are against Borussia Munchengladbach, Bayer Leverkusen, and Fortuna Dusseldorf who all play in the same region. But the biggest Bundesliga rivals include other German footballing giants such as Bayern Munich, Wolfsburg, Schalke 04 and Werder Bremen. Tickets do tend to sell out quickly for certain matches so please contact our team as soon as possible if you have a particular fixture in mind.

This superb stadium was picked to host the 2006 FIFA World Cup and you'll get great seats among the home fans so make sure you pack some red and white clothes to join the crowd. And bonus points if you manage to join in any German songs on the terraces.