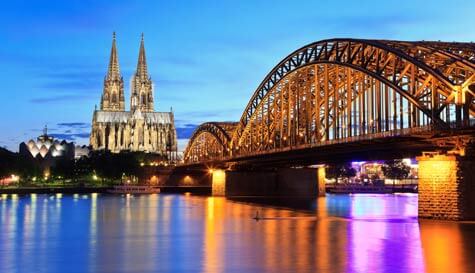 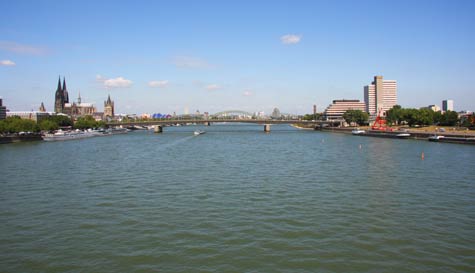 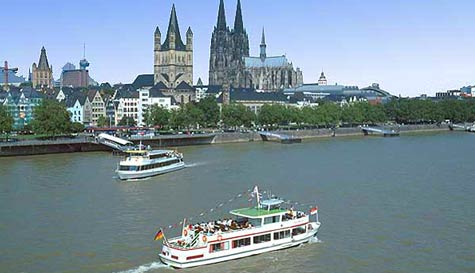 More About Stag Do river cruise

You've got just 48hrs, there's so much to fit in. Obviously, you'll need to have a few drinks, this is a stag do after all. But how often are you going to get to Cologne? It's a fair shout that most of the guys will want to see a bit of the city, get some photos for their Instagram accounts and to Whatsapp everyone else left behind not having as much fun as the stags. So, a river cruise is a great way to mix sightseeing, having a few laughs and having a few beers. It's win/win er... Win.

Cologne is a fantastic city and we'd definitely urge all stags to make the most of their time and take in some of the sights. But we wouldn't want you going thirsty, so we'll arrange this great river cruise complete with an onboard bar.

It's not only the perfect way to do a bit of sightseeing (with a pint in hand) but you'll also get a completely different perspective of this charming and historic city. From the stunning city centre to the ultra-modern Rheinauhafen.

Traditionally the Rheine has been the city's main artery, bringing goods to the city and exporting Cologne's fine produce, which of course included the fantastic beer. The city grew to prominence and wealth owing to this main trade route which stretches all the way through Dusseldorf to the north, through Holland and out to the North Sea. While to the south it reaches down to Basel in Switzerland, eventually reaching the Bodensee, lapping the shores of Lichtenstein.

This is an amazing city and it looks even better from the river. If the guys enjoy taking photos and posting on Instagram there really is plenty to see and film. The stags not tied to their social media accounts can simply enjoy a great journey and plenty of stag banter.

Ask our team about adding a stag dinner and guestlist club entry to create the perfect big night out.

We work with 1000s of suppliers across the UK & Europe so prices, availability, photos and specifics on our river cruise activity may vary depending on your preferred location and dates.

Take to the water, see the sights and raise a glass to the condemned man.