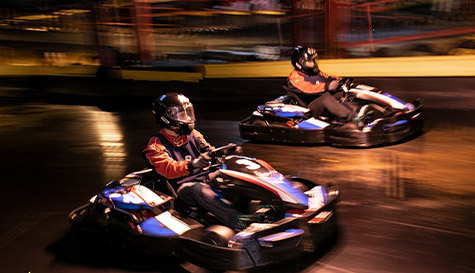 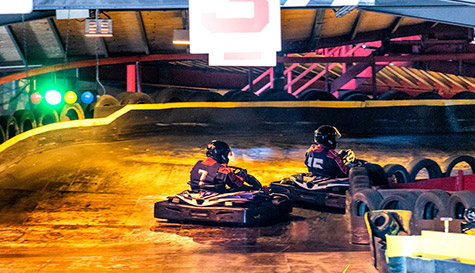 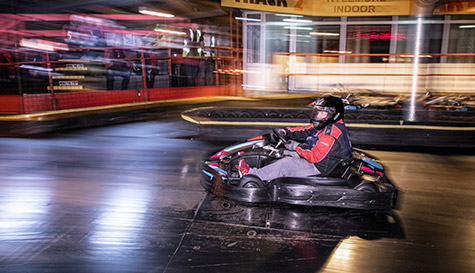 Celebrate/commiserate with a delicious Brewery Dinner to set you up for the night. Read more…

Dublin may be world-famous for its delicious Guinness (and rightly so), but it's also renowned for its incredible array of go-karting venues! Oh yes, the city is awash with some of the biggest and baddest tracks this planet has ever seen and because you're bonafide stag legends, you'll be heading to the largest indoor go-karting track in the whole of Ireland for a fast-paced, all-action Indoor Go Karting session.

If the stag fancies himself as something of a pro driver, it's time to see if he's all bark and no bite in an action-packed afternoon of fierce stag-sized competition. Your expert instructors will get you all kitted out with the appropriate safety equipment and introduce you to the mean machines. No matter which race you go for, all of them involve practice laps so you can warm up properly. Just be sure to bring your A-game!

Enter the world of Formula 1 with this epic go-karting race. You and the boys will take part in a series of time trials to see who's the speediest driver amongst the pack. After your practice laps to get used to the karts, each stag will take part in a 20-lap qualifying heat. These determine your place in the graded finals, which are fifteen minutes long. The top fastest drivers will race in the A final, next set in the B final.

Stags will get six laps practice laps to warm up before they get into gear. Once you're used to the karts and the track, drivers get four qualifying heats each, starting from a different position on the grid each time. Points are awarded for their finishing positions in each heat.

This is the Godfather of go-kart races! In a similar way to the Championship race and Formula 1, you'll take part in a series of competitive qualifying heats. However, instead of going through to graded finals, you have to face the knockout stages. There's also a fifteen-lap grand finale, but only one stag can be crowned champion. Dem's the rules!

"Well organised, received a very good amount of driving time. Enjoyed by all."

"The indoor karting track was excellent. Having 4 heats and then 3 finals was great since there was a real mix of driving abilities. The track was really fun, just wish we'd maybe taken it a bit easier with the drinking the night before!"

We work with 1000s of suppliers across the UK & Europe so prices, availability, photos and specifics on our indoor go karting activity may vary depending on your preferred location and dates.