It’s time for the paint to hit the fan! 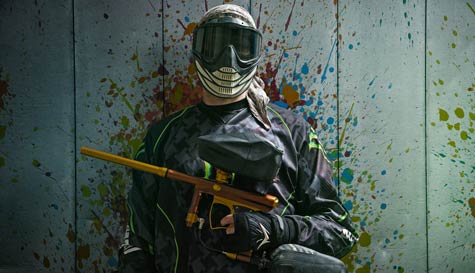 We work with 1000s of suppliers across the UK & Europe so prices, availability, photos and specifics on our indoor paintballing activity may vary depending on your preferred location and dates.

Get Ready For indoor paintballing in Dusseldorf...

No stag weekend is complete until the guys have tried a bit of sporting conflict and battles don't get better than when fought out on a paintball site. Yeah, it's time for the paint to hit the fan!

This is a great chance for all the guys to finally settle all the old scores or set up new grudges. They might be handy with weapons, shooting teenage kids while safely hiding behind their game consoles but just how tough will they bit when they're dodging paint bullets with chaos all around them?

Each of the guys will be issued with a semi-automatic weapon and facemask. Please note; you will NOT be given overalls so wear clothes that you're happy to get covered in paint. Especially the groom as it's likely he'll be targeted much more than the rest of the guys. If you really want to give him something to remember then give him a hi-viz jacket to wear (not so he'll be easier to hit, just so he can't get lost, of course!).

Return transport will take you to and from the battle site.

There's also a café on site.