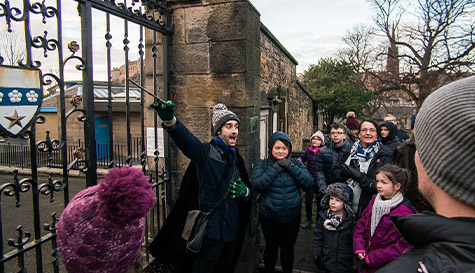 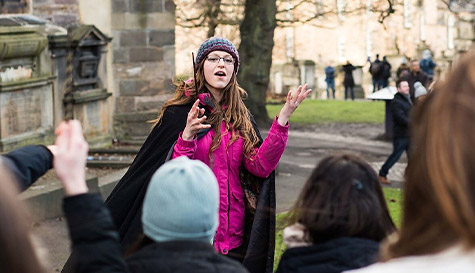 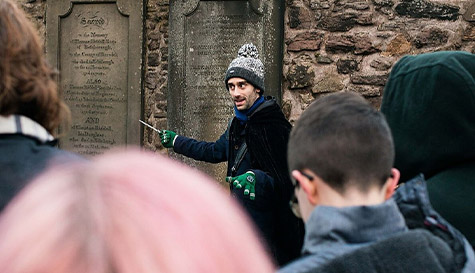 If the groom is a certified Potter-nut (whether he cares to admit it or not), this fantastic, insightful and incredibly interesting Edinburgh Harry Potter Tour is the ideal addition to the main man's big weekend away.

You'll meet your friendly guides at the famous Greyfriars Bobby statue (don't worry, they're easy to spot in their wizarding robes!), and get ready to relive the adventure in one of the most Potter-esque cities' in the whole world! The series may have been filmed in various parts of the UK, but without Edinburgh, there would be no school of witchcraft and wizardry, no Professor McGonagall, and no Harry Potter!

Aye, ye better believe it! JK Rowling wrote the Potter books in Edinburgh's relaxed and friendly café, The Elephant House. Visit the place where JK Rowling grabbed a coffee and a cake, put pen to paper, and changed the course of our ordinary muggle lives forever!

You'll pay a visit to this café, as well as many other iconic places that inspired some legendary Harry Potter haunts including Diagon Alley, You Know Who's resting place, and Hogwarts School itself. Just when you thought that you knew everything there is to know about the nation's favourite books, you discover there's more! For example, do you know who JK Rowling's least favourite poet is, and which Hogwarts Professor is named after him?

Your guides will uncover secrets and fascinating facts on your themed tour, facts that will impress Potterheads and convert Dursley-ish muggles! Visit the real places that inspired the series' events and uncover the city's amazing, mysterious past.

You'll finish off outside the school that inspired Hogwarts, where you'll settle once and for all what house you belong in! Forget BuzzFeed quizzes and WizardingWorld, if anyone knows which house you belong in, it's the sorting hat itself!

Please Note: We work with 1000s of suppliers across the UK & Europe so prices, availability, photos and specifics on our harry potter tour activity may vary depending on your preferred location and dates.