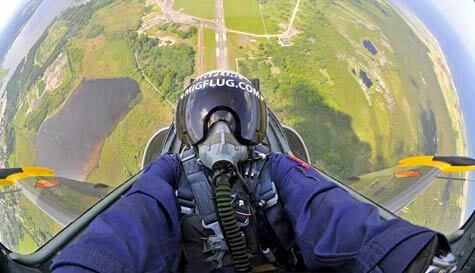 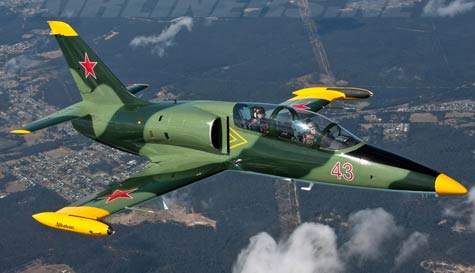 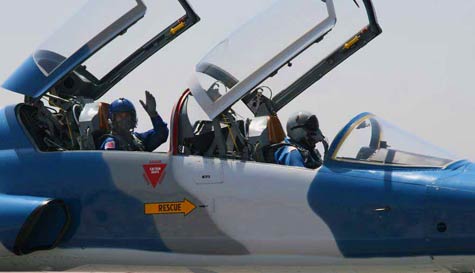 Yep, this is quite possibly the greatest stag party boast ever but it isn't pie in the sky stuff, with our stag party jet fighter adventure you're not merely a passenger, you'll actually 'take the stick' and fly a fighter jet. Stag parties just don't get any cooler than this.

While the groom probably hasn't 'lost that lovin' feelin' what with his impending nuptials, there's still a chance he might be a fan of the classic lad movie Top Gun. So if he 'feels the needs for speed' this really is the ultimate in stag adventures.

Our stag party jet fighter flight is a once of a lifetime experience that will put a huge tick on any stag's bucket list as you perform;

You'll take to the skies in either an Aero L-39 or the infamous MiG-15. MiGs were the flying nemesis of Maverick and Goose in the movie but this time it could create your own personal hotseat as you experience the type of flying you would normally only see in movies or aerobatic display shows.

The experience begins with a safety briefing from the flight instructor who will explain the various instruments, controls and G-forces involved. He'll also give you a breakdown of the flight itself and what will be involved. It's then up, up and away as you fly the friendly skies in quite spectacular style.

Please Note: We work with 1000s of suppliers across the UK & Europe so prices, availability, photos and specifics on our fighter jet activity may vary depending on your preferred location and dates.