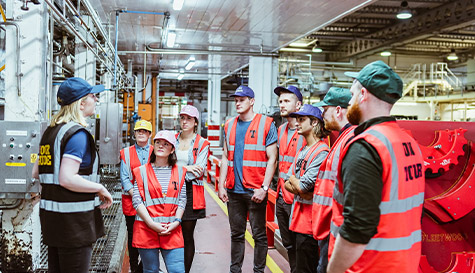 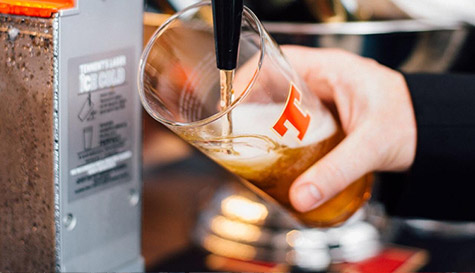 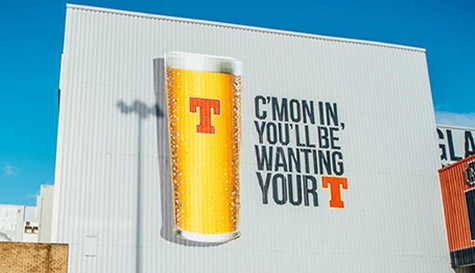 We know it tastes good, Scot's know it tastes good, and, if you know your lager, we're guessing that you appreciate the refreshing, crisp taste of their famous brews too. But what exactly is it that makes Tennent's Lager so good? Well, it's about time you found out on this awesome stag party Brewery Tour in Glasgow!

You and the boys will learn all you need to know about Scotland's favourite brew on a fascinating behind the scenes tour of Tennent's brewery. Your journey begins at the heritage centre, where your guide will take you back through time, and unveil the history of Scotland's oldest brewery.

You'll discover the origin, production (how it makes its way from keg to can) and provenance of the legendary lager. You'll also take a look at how they play a part in popular Scottish culture, looking closely at Tennent's advertising campaigns, which celebrate the best things in life: football, music, and a delicious, crisp, golden brew!

Last but not least, it's the moment you've all been waiting for… you'll sample the freshest, tastiest Tennent pint of your life, poured straight from one of the huge copper tanks. Raise a glass to the groom, your stag do, and the legends who created Tennent's Lager!

Tennent's have been keeping the world hydrated with their golden beers for over four-hundred and fifty years, and their lagers taste as crisp, as fresh and as clean as ever. In fact, they've blessed us with their brews for so long, it'd be pretty rude not to have a visit to its heritage centre.

If the lager-lovin' groom is looking to gain a deeper understanding and appreciation for his favourite tipple, this brewery tour will suit him down to a T!

Book It!
Need more inspiration? Search all our stag do activities...
Enquire About brewery tour Now!

Please Note: We work with 1000s of suppliers across the UK & Europe so prices, availability, photos and specifics on our brewery tour activity may vary depending on your preferred location and dates.