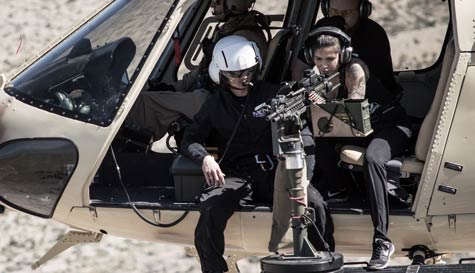 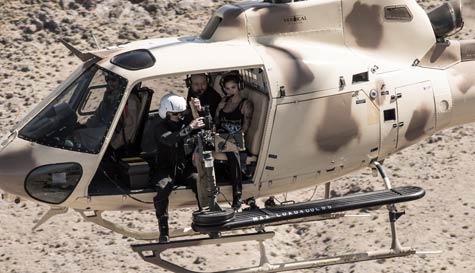 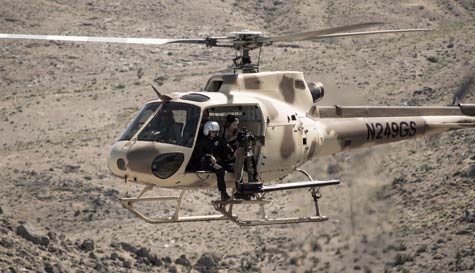 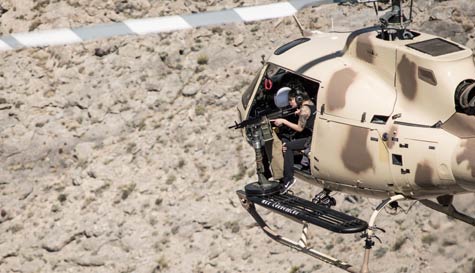 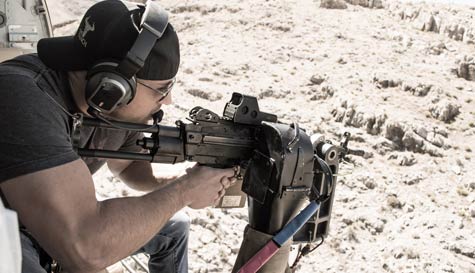 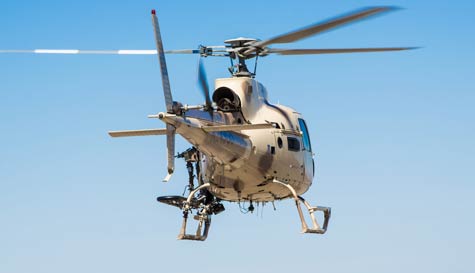 Not all days are created equal, some are just off the scale and this is definitely one of them.

"So what did you do on the stag weekend?"

"Oh you know, flying over the Nevada desert in a Eurocopter, doors open, strafing the ground with heavy machine-gun fire, taking out targets. The usual."

Yeah! It's quite simply unbelievable, you can't even do this kind of thing in Milton Keynes (although who hasn't wanted to fly over Milton Keynes in a heavily armed Helicopter?). This really is a once in a lifetime activity that the stags will still be talking about for days, weeks, months to come. You'll also each receive a souvenir T-shirt.

The "bird" is a Eurocopter, an AS350, known as an AStar in the USofA, this single-engine, lightweight copter is incredibly manoeuvrable and known for excellent high-altitude performance. However the three blades will be bringing you and the guys in low, so you can eyeball the targets before unleashing a reign of lead. You'll then climb to approximately 4,000 feet. "Hey, Steve, from up here we can see the breakfast you dropped earlier."

The M249 Light Machine Gun, LMG, (formerly named the M249 Squad Automatic Weapon, SAW, because it can literally saw through its targets), has seen action in every major US conflict since the invasion of Panama in 1989. This really is the gun show. Each of you will have 100 rounds to spit out at your targets. It really does feel as cool as it looks and yes, it's perfectly acceptable to get all Apocalypse Now and hear Wagner's Ride of the Valkyries as you fly the friendly skies.

Please Note: We work with 1000s of suppliers across the UK & Europe so prices, availability, photos and specifics on our machine gun helicopter activity may vary depending on your preferred location and dates.