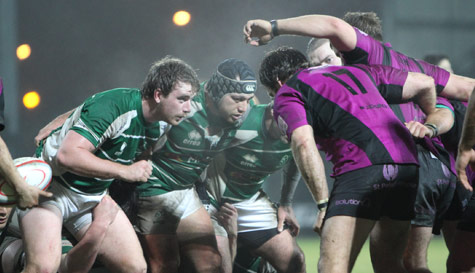 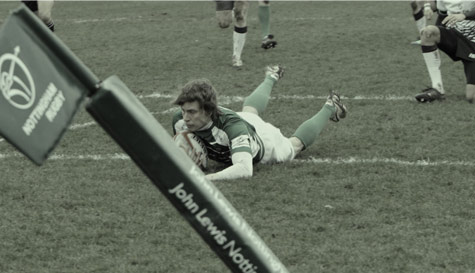 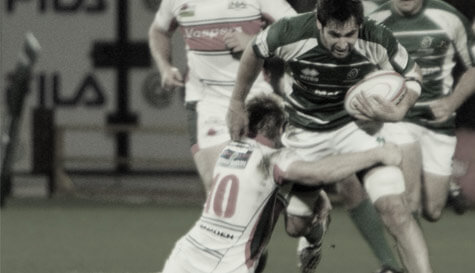 Ask us about fixture dates to fit in with your stag weekend.

Dress for the weather.

Matches may be cancelled in bad weather.

Get the stag weekend adrenaline running with some red-blooded, nail-biting, white knuckle rugby spectating in Nottingham. The game will be exciting, physically demanding and guaranteed to have the boys talking well into the stag night.

You and the lads will head down to Meadow Lane to watch Nottingham Rugby in full action during a top Championship encounter. It's more competitive than ever at the moment with Bristol, Leeds and Newcastle in the Championship, all having Premiership experience under their belts. They're heading the list for promotion up to England's top tier of domestic rugby and a host of other clubs are bringing Premiership players to boost their own credentials.

Excitement is synonymous with the Nottingham rugby stadium. You can guarantee the lads a crunching encounter in the Lane and a top afternoon full of scorching play, cringe-inducing tackles and fiercely contested scrums. Fixtures this season are spread across Friday evenings, Saturdays and Sundays, so we can create an itinerary to fit Nottingham rugby spectating around your other terrific Nottingham stag plans.

If watching the great sport will get you in the mood to stretch your legs yourselves then follow up some rugby spectating with some human table football or paintball. Whatever you pack in, with an afternoon of Nottingham rugby spectating you're sure to give the whole stag group a cracking time. So get some beers in, take your seats and roar the team on!

Book It!
Need more inspiration? Search all our stag do activities...
Enquire About rugby - spectating Now!

Please Note: We work with 1000s of suppliers across the UK & Europe so prices, availability, photos and specifics on our rugby - spectating activity may vary depending on your preferred location and dates.