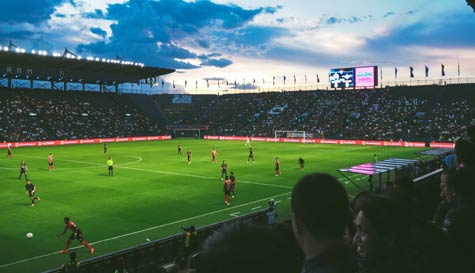 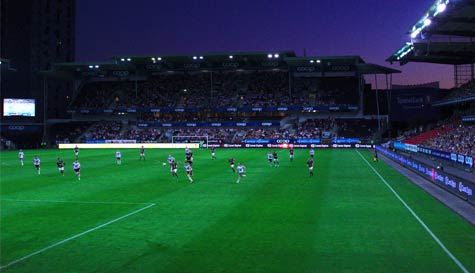 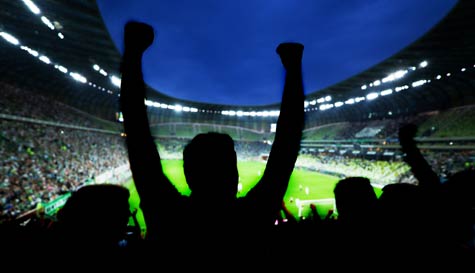 The stadium opens 2 hours before kick off so you'll have plenty of time to find seats and then enjoy the 90 minute match.

Book in advance to ensure tickets to the best games.

The Czech Republic is a football-mad country and Prague is the beating heart of the nation's soccer passions and a great place to take in the beautiful game. Football loving stags can now experience a flavour of Czech football and ask "Kteri jedli vsechny kolace?" (who ate all the pies).

As regulars in the UEFA Europa League, and Champions League contenders, AC Sparta Prague is the most successful club in the Czech Republic with 33 league titles and 14 successful league cup campaigns who have claimed a few big European scalps over the years. Sparta has had some notable players; Petr Cech, Jan Koller, Patrik Berger, Wilfried Bony, Tomas Rosicky and many more.

Their Generali Arena home ground is a great stadium with a capacity of up to 21,000 that always has an amazing atmosphere and an immense sense of passion that makes watching live football in Prague a phenomenal experience.

Although, Sparta aren't the only Czech football superpower in Prague as their rival club Slavia Prague aren't too far away and are second only to Sparta in terms of club success. This really is an amazing footballing city and the Synot Tip arena where Slavia play is another great ground that's sure to thrill you and the lads to the max.

Whether you're already a European football connoisseur or you've never heard of these two Prague giants, our football spectating activity is sure to provide 90 minutes of the best football entertainment to your Prague stag do as you sit back and enjoy two teams that are hidden gems in the ocean of European football.

So get the beers in, try and chant along and most importantly have an epic time as you watch the best football that Prague has to offer!

"Was great to see a game abroad and they won!"

Book It!
Need more inspiration? Search all our stag do activities...
Enquire About football spectating Now!