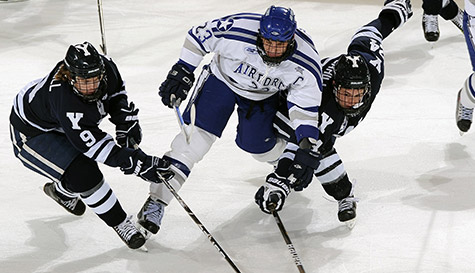 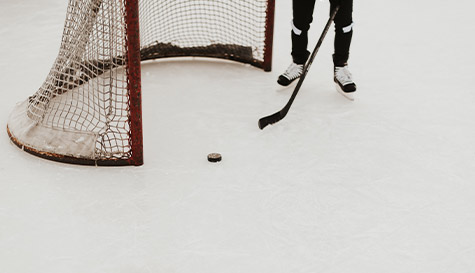 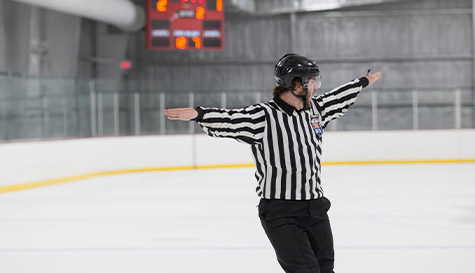 Take to the ice and face-off as you and the boys crank up the competition on your epic trip to Estonia. Our Tallinn stag party Ice Hockey activity is a high-paced, all-action, stag adventure that will get the adrenaline pumping and those hearts racing.

Your friendly instructor will help you get kitted up (skates, helmets, protective gear) and give you a rundown of the rules and the safety elements before you fire out to centre ice and get cracking. You'll spend two hours learning the ropes and going head-to-head/puck-to-puck as you battle it out to crown the stag party ice hockey champions.

Fierce, ferocious, high-octane action this brutal sport combines speed, power, balance and athletic talent which will really push you to the max. For anyone new to the world of ice hockey or ice skating full stop, it's surprisingly easy to pick up and you'll be surprised with the progress you'll make over the course of the two-hours. By the end of it, the groom might even stop doing his Bambi impression and let go of the advertising hoardings!

Everything is provided in this epic stag activity from the safety gear to the English speaking guide and the return transfers to your digs. All you have to do is show up and get those games faces on. Back in Blighty, ice hockey isn't particularly popular (and for the life of us we can't work out why), so this is one of the few times you'll ever get to try this epic activity and, if you're gunna do it, you may as well do it on a stag weekend.

Please Note: We work with 1000s of suppliers across the UK & Europe so prices, availability, photos and specifics on our ice hockey activity may vary depending on your preferred location and dates.