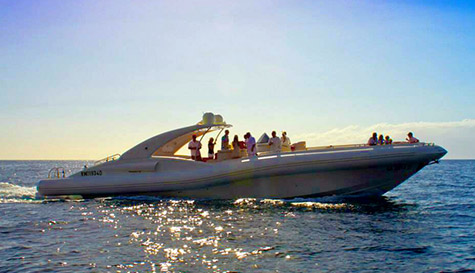 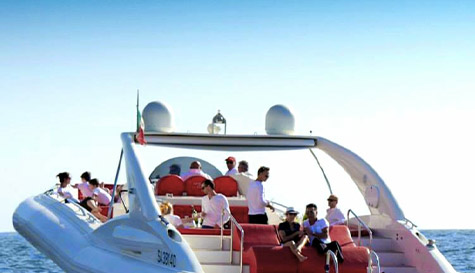 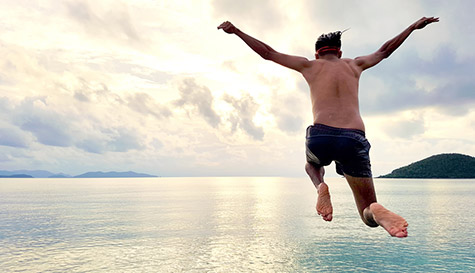 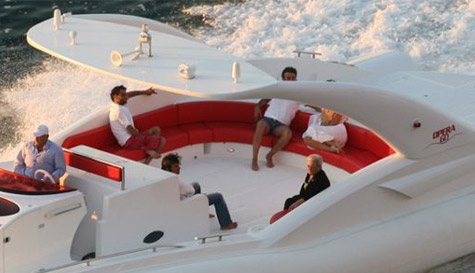 Your epic day will begin with you hopping aboard your own private chartered vessel which can host up to twenty-five stags. You'll then cruise around sunning yourselves for three hours as you take in the stunning sights of the Tenerife coastline and the vast expanse of the Atlantic Ocean.

You and the boys will be watered and fed throughout with all departures including a selection of soft drinks, beer, cava and white wine, as well as a lunch of grilled chicken, potatoes, rice with veg, tomato salad and bread. That's right, booze, food, sun, sea, private boat. What more could you possibly want? Snorkelling, swimming and whales I hear you say. Oh, go on then. You'll have a swim stop where you can indulge in a spot of snorkelling (all the gear is included in your trip) and people have been known to see whales and dolphins whilst cruising about.

So, c'mon lads, if you wanted to have a quiet one, you'd have had your stag back in Blighty down the local. No, you've gone all out to take the stag on a mega trip to Tenerife, one of the hottest party capitals on the planet, you may as well go all in and put the cherry on top of that epic stag-cake. With the Tenerife stag party private boat hire you can party like Premier League footballers and give the groom a send-off he'll never forget.

Once you've got back on dry land and stopped feeling sorry for yourselves that your epic boat trip is over, you can carry on the party with a Guided Pub Crawl. Get in touch with a member of our team today for more info about creating that epic stag package in Tenerife.

Please Note: We work with 1000s of suppliers across the UK & Europe so prices, availability, photos and specifics on our private boat activity may vary depending on your preferred location and dates.