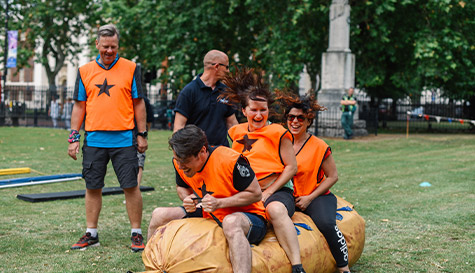 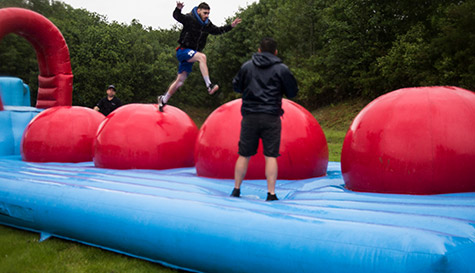 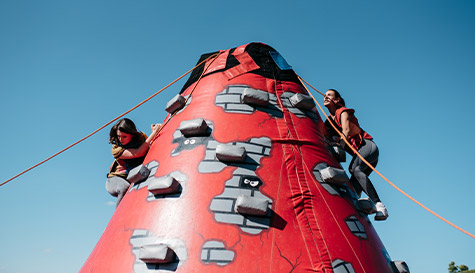 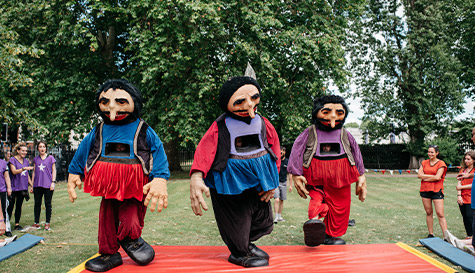 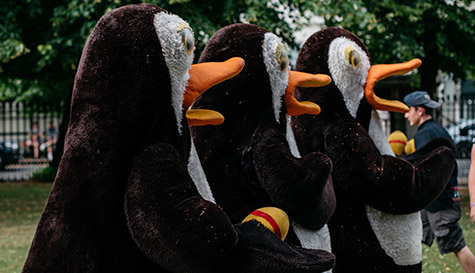 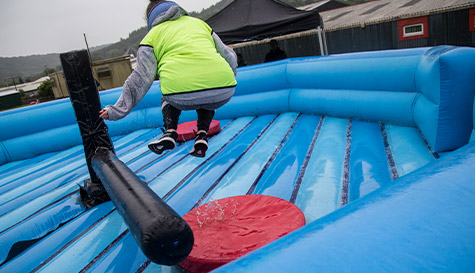 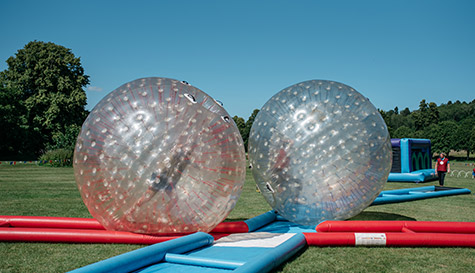 Gear yourselves up for a chaotically competitive, side-splittingly hysterical afternoon of complete stag madness as you and the boys face off in a host of crazy inflatable games in a bid to crown the stag party Total Knockout King! This is one of the maddest, baddest, biggest and whackiest activities known to stag-kind, so don your costumes, join forces and prepare for battle!

On arrival, you'll split into teams before you compete in various adrenaline-pumping events each one crazier than the last: bounce across a pit filled with red balls, fly down slippery slopes, dodge the giant sweeper arm and fight it out across so much more. When the groom asked you to plan his stag do, he clearly didn't know what he was letting himself in for!

As well as providing big costumes, big laughs, and banter by the bucket load, Total Knockout will also add a healthy bit of competition that's required on any good stag do. They may make it look easy on your favourite big TV game shows like Total Wipeout, Gladiator, and It's a Knockout, but how will you cope when you slip and land headfirst onto a giant bouncy inflatable canvas?! Who's laughing now? (Your mates, obviously.)

Who will be totally knocked out, and who will earn the Total Knockout championship title, bragging rights, and that big ol' bottle of bubbly? Time to take on the craziest stag activity ever, battle it out, and see if you have what it takes to climb your way to the top of the podium.

We can't think of a better way of making the groom's childhood dreams come true as well as giving you the chance to get one over on him before he takes the plunge into marital life than by treating him to this mad '80s & '90s game show mashup.

Trustpilot
"...All the games were hilarious..."

"All games were hilarious as we watched one another. Everyone enjoyed themselves and it was great. The staff were great providing towels when the weather got cold in the day but this didn't stop us from having a good time."

"This was so much fun and really well run."

Please Note: We work with 1000s of suppliers across the UK & Europe so prices, availability, photos and specifics on our total knockout activity may vary depending on your preferred location and dates.